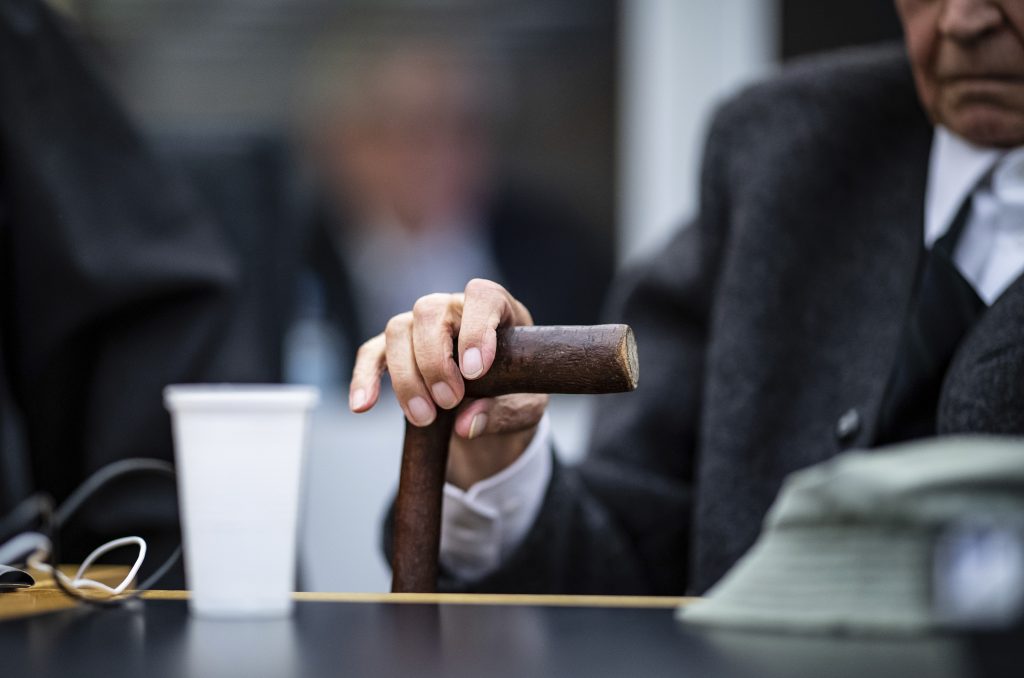 The trial of a former Nazi concentration camp guard collapsed Thursday due to questions about the 94-year-old defendant’s health.

Johann Rehbogen, a former SS guard at the Stutthof concentration camp, has been hospitalized for heart and kidney issues, causing several recent hearings at the Muenster state court to be canceled.

Due to German legal regulations preventing overly long gaps in trials, the court had no choice but to end the proceedings, said court spokesman Steffen Vahlhaus.

Presiding Judge Rainer Brackhane ruled that a medical expert will re-examine Rehbogen in January to determine whether his condition has improved to the point where the trial can be restarted from the beginning, Vahlhaus said.

Rehbogen was one of two former Stutthof guards under investigation by the Dortmund Prosecutors’ Office. Even though their times at the camp overlap, their cases have already been separated because the other suspect was deemed unfit for trial.

Rehbogen, however, appeared outwardly healthy when his trial opened Nov. 6, listening attentively to the proceedings and answering basic questions from the judges.

He is accused of serving as a guard at the Stutthof camp, east of Danzig, which is today the Polish city of Gdansk, from June 1942 to about early September 1944. More than 60,000 people were killed in the camp and he faces hundreds of counts of accessory to murder on allegations that, as a guard, he aided in the process.

In a statement to the court read by his attorney, Rehbogen told the panel of judges in one session that while he served at Stutthof, he was “not a Nazi.” He suggested that he knew prisoners were being mistreated, but denied any knowledge of the camp’s gas chamber or any participation in killing them.

“As a Christian it was hard for me to be part of all of it,” Rehbogen told the court. “But I was too scared to protest.”