Israel IDF: Here’s How Barkan Terrorist Eluded Us for So Long
Israel 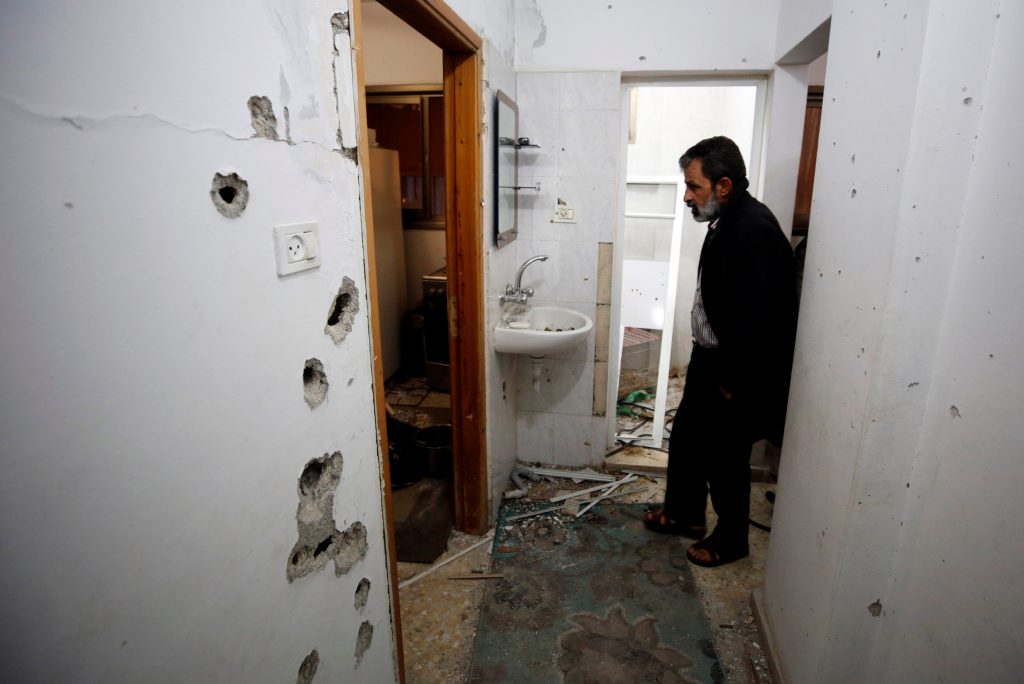 The elimination of two terrorists Wednesday night – Balach Barghouti, who was involved in the terror attack Sunday night near Ofra in the Binyamin region, in which seven people were injured, as well as Ashraf Nalaweh, the terrorist who perpetrated the Barkan terror attack in October – was a positive development for Israeli security, an IDF spokesperson said Thursday. But the work was not done. “We are continuing our investigation of both attacks because it is possible that other members of the gangs that perpetrated these attacks are still at large,” the spokesperson said.

Speaking to reporters at a press conference, the spokesperson discussed the background of Nalaweh’s successful avoidance of being captured. Nalaweh on October 7th entered the offices of Alon Metal Works in the Barkan industrial zone, where he worked, carrying with him an assault rifle hidden under his clothing. After opening fire and murdering Israelis Ziv Hajabi, Hy”d, and Kim Levengard-Yechezkel, Hy”d, he was observed in security footage leaving the building – and was not seen again until Wednesday night, when Israeli security forces cornered him in the Al-Askar refugee camp in Shechem, where he was eliminated.

There had been an intensive search for Nalaweh over the past weeks, but security forces were unable to find him – although they came close several times, the spokesperson said. “We were very close to arresting him several times, but he managed to get away. He made almost no mistakes,” he said.

The success Nalaweh had led some security officials to theorize that he had established an elaborate escape system and was being hidden in some deep underground lair, but that was not the case, the spokesperson said. Nalaweh “was a lone terrorist who got really lucky. He was not even planning to escape, thinking he would be eliminated on the spot, so he did not establish an escape infrastructure.” Nalaweh did receive help from Palestinians who knowingly aided the terrorist, or who were unaware of exactly what crime he had committed, the spokesperson said. “He got assistance from people along the way.” It was because he had no plan that intelligence efforts could track that he was able to elude security forces for so long, the spokesperson said.

“In the past 48 hours we carried out two important eliminations of terrorists, but the work is not done,” especially in the Ofra shooting, the spokesperson said. “We need to be sure that we have eliminated all members of the gang. The search is still on. We have arrested numerous suspects and are confident we will capture all members of the gangs involved in the attacks.”

Nalaweh was eliminated overnight Wednesday after several intelligence breakthroughs that had been gathered by security officials in recent days, Yisrael Hayom reported. The definitive information on Nalaweh’s location – he was found hiding out in a house in Shechem – ironically came immediately after security officers tracked down and eliminated Barghouti, one of the terrorists involved in the Sunday night terror attack near Ofra, in which seven people were injured. Unfortunately, the 30-week premature infant who was born due to injuries to his mother, Shira Ish-Ran, passed away earlier Wednesday night.