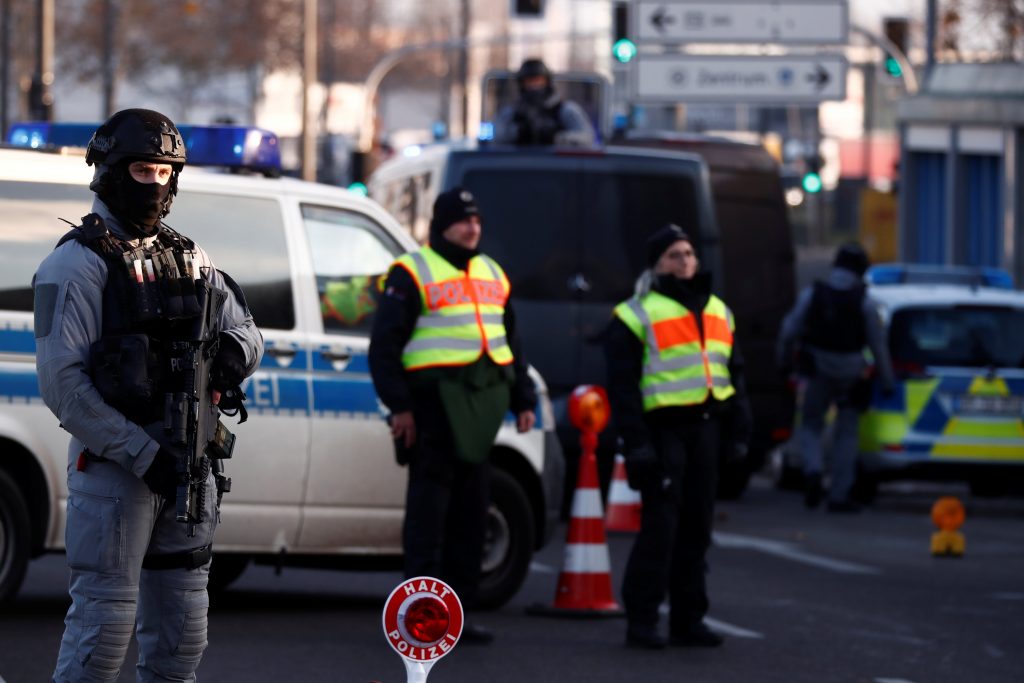 French security forces were trying to catch the suspected Strasbourg gunman dead or alive, an official said Thursday, two days after an attack near the city’s market.

Local authorities, meanwhile, increased the death toll to three. The attack wounded 13 others, including five in serious condition, the prefecture of the Strasbourg region said.

More than 700 officers were involved in the manhunt for 29-year-old Cherif Chekatt, who had been flagged for extremism, government spokesman Benjamin Griveaux told CNews channel.

Prosecutors have opened a terror investigation into Tuesday’s attack.

Police have distributed a photo of Chekatt, who was wounded in an exchange of fire with security forces, with the warning: “Individual dangerous, above all do not intervene.”

Griveaux also called on the “yellow vest” protesters not to take to the streets, as some members of the movement have planned a fifth round of demonstrations on Saturday across France to demand tax relief.

Strasbourg was in mourning, with candles and flowers left at the site of the attack. The market was closed at least through Thursday, authorities said.

The dead included a Thai tourist, 45-year-old Anupong Suebsamarn, according to the Thai Foreign Ministry.

Italian Interior Minister Matteo Salvini said one Italian was among the wounded, in critical condition. The Europhonica radio consortium said Antonio Megalizzi, 28, was in Strasbourg to follow the session of the European Parliament.

French authorities said that the suspect, born in Strasbourg, had run-ins with police starting at age 10 and his first conviction was at age 13.

Chekatt had been convicted 27 times, mostly in France but also in Switzerland and Germany, for crimes including armed robbery. He had been flagged for extremism and was on a watch list.