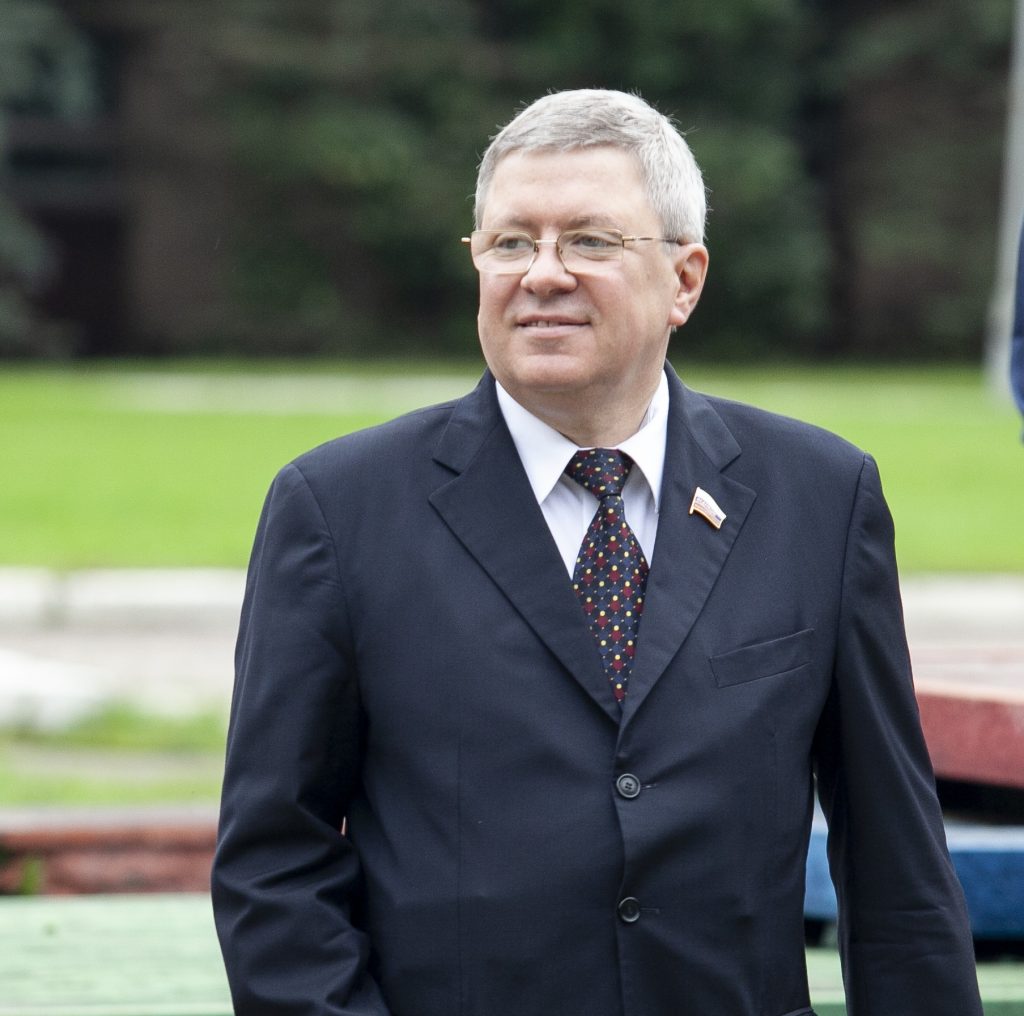 A Russian woman pleaded guilty in a U.S. court on Thursday to a single conspiracy charge in a deal with prosecutors and admitted to working with a top Russian official to infiltrate a powerful gun rights group and make inroads with American conservative activists and the Republican Party as an agent for Moscow.

Maria Butina, a former graduate student at American University in Washington who publicly advocated for gun rights, entered the plea at a hearing in Washington before U.S. District Judge Tanya Chutkan. Butina, who was jailed after being charged in July and initially pleaded not guilty, also agreed to cooperate with prosecutors.

Clad in a green jumpsuit, Butina replied “absolutely” when asked by Chutkan if her mind was clear as she prepared to plead guilty to conspiracy to act as a foreign agent. Prosecutors dropped one other charge as part of the plea deal.

Butina on Thursday admitted to conspiring to work with a Russian official and two U.S. citizens as a Russian agent from 2015 until her July arrest to infiltrate the National Rifle Association, a group closely aligned with Republican politicians including Republican President Donald Trump and U.S. conservatives, and sway Washington’s policy toward Moscow.

Butina represents the first Russian citizen to be convicted of working to shape U.S. policy in the time period spanning the 2016 election campaign, though others have been charged in a separate investigation by Special Counsel Robert Mueller.

The actions Butina acknowledged taking occurred during the same period that U.S. intelligence agencies have concluded Russia engaged in a campaign of propaganda and hacking to sow discord in the United States during the 2016 presidential race and boost Republican candidate Trump’s chances against Democratic rival Hillary Clinton.

Butina’s lawyers previously identified the Russian official as Alexander Torshin, who was a deputy governor of Russia’s central bank and was targeted with U.S. Treasury Department sanctions in April. One of the two Americans referenced in the prosecution’s criminal complaint was Paul Erickson, a conservative U.S. political activist.

Because of Butina’s ongoing cooperation, the judge did not set a sentencing date but scheduled a status hearing for Feb. 12.

Leonid Slutsky, head of the lower house of the Russian parliament’s foreign affairs committee, reacted to Butina’s case by calling it a “modern political inquisition,” in comments quoted by the RIA news agency.

In the statement of offense read aloud in court, one of the prosecutors said Butina drafted a March 2015 “Diplomacy Project” that called for establishing unofficial back channels of communication between high-ranking American politicians in order to help advance Russia’s interests.

Erickson’s description appears to match “Person 1” mentioned in the statement of offense. Person 1 helped advise Butina on which American politicians she should target for meetings, and her plan was carried out on behalf of the Russian official, the statement said.

“Butina opined that the circumstances were favorable for building relations with a certain U.S. political party,” the statement added, in an apparent reference to the Republican Party. “Butina predicted that the candidate nominated by Political Party #1 would likely win the upcoming U.S. presidential election.”

The “Diplomacy Project” document was crafted by Butina with help from Person 1, prosecutors said. To carry out the plan, Butina requested $125,000 from a Russian billionaire to attend conferences and set up “separate meetings with interested parties” such as other Russian businessmen or people with the Russian Ministry of Foreign Affairs, they added.

Erickson is a well-known figure in Republican and conservative circles and was a senior official in Pat Buchanan’s 1992 Republican presidential campaign. Erickson’s lawyer William Hurd said in an email, “Paul Erickson is a good American. He has done nothing to harm our country and never would.”

In April 2015, Butina traveled to the United States to attend a gun rights event, the description of which appears to match the NRA’s annual meeting, prosecutors said. At that event, she was “introduced to influential members of Political Party #1,” they added.

The prosecutors said Butina invited “powerful members” of the NRA for a visit to Moscow, where they met with high-level Russian officials. Apparent photos of the NRA Moscow trip are posted on her social media accounts.

After the visit, according to court records, she sent a Russian official a message apparently referencing the NRA, saying, “We should let them express their gratitude now, we will put pressure on them quietly later.”

Butina also hosted “friendship dinners” in the hope of establishing ties with people who “would have the ear of the next U.S. presidential administration,” prosecutors said.

After the 2016 election, she proposed creating a dialogue with President Trump’s advisors, but the Russian official told her he did not think the foreign affairs ministry would “go for it,” prosecutors said.

The prosecutors are not from Mueller’s office, which is investigating whether President Trump’s campaign conspired with Moscow to help him win the 2016 election. Mueller has brought criminal charges against a series of Russian individuals and entities, but those cases are still pending.

President Trump has denied any collusion with Moscow. Russia has denied interfering in American politics.