World U.K.’s May Faces Party Confidence Vote, Says She Will Resign Before Next Election
World 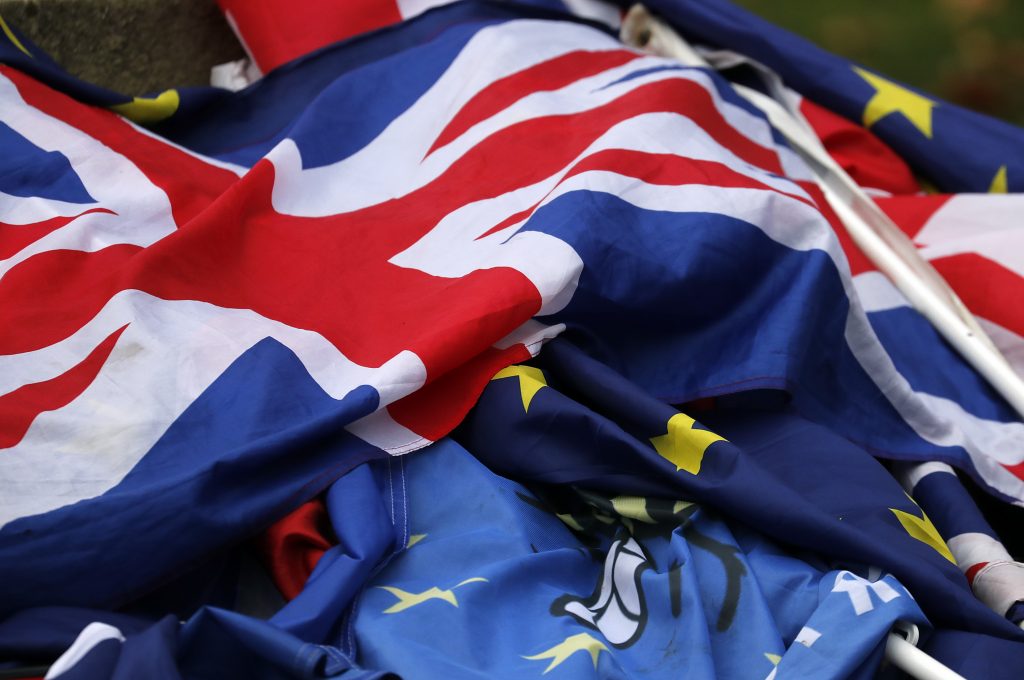 Prime Minister Theresa May vowed to win a vote of no confidence triggered by angry Brexit supporters in her Conservative Party on Wednesday, but said she would step down as leader before the next election in four years’ time.

Less than four months before the United Kingdom is due to leave the European Union on March 29, Britain’s exit is in chaos with options ranging from a potentially disorderly no-deal departure to another referendum that could reverse it.

May said she would fight for her job with everything she had. But at a closed meeting with Conservative lawmakers before they were due to decide her fate, she announced she would not take the party into the next election due in 2022, two lawmakers present told reporters.

“She said that she did not intend to lead us into the 2022 election,” lawmaker Alec Shelbrooke said, adding “her opening remarks were, ‘I am not going to hold a snap election.'”

Lawmakers said she told them she recognized that the party did not want her to lead them into the next election, a gesture that could help her win over some wavering MPs on Wednesday evening.

May could be toppled if a simple majority of 317 Conservative MPs (members of parliament) vote against her, though a large rebellion could also leave her fatally weakened. At least 189 indicated public support for her and one bookmaker had the odds she would win at 89 percent.

A bitter division over Europe in the Conservatives helped bring about the downfall of all three previous Conservative premiers — David Cameron, John Major and Margaret Thatcher.

May, 62, who voted to remain in the EU at a 2016 referendum, told opponents of her EU withdrawal deal — struck after two years of negotiations — that if they toppled her, then Brexit would be delayed or stopped.

“A change of leadership in the Conservative Party now would put our country’s future at risk and create uncertainty when we can least afford it,” she said.

“I stand ready to finish the job.”

May said a new leader would not have time to renegotiate Brexit and secure parliamentary approval by the end of March, meaning the Article 50 withdrawal notice would have to be extended or rescinded.

The Conservative lawmakers will cast their votes in the confidence ballot from 1800 GMT in Committee Room 14 at the House of Commons. An announcement is due at 2100.

“The size of the vote does matter,” said polling expert John Curtice. “If much more than 100 MPs vote against her then I think she is going to be struggling to remain for very long and would find it difficult to get that deal through the House of Commons.”

Brexit is Britain’s most significant political and economic decision since World War Two, though pro-Europeans fear it will weaken the West as it grapples with the presidency of Donald Trump and growing assertiveness from Russia and China.

The outcome will shape Britain’s $2.8 trillion economy, have far reaching consequences for U.K. unity and determine whether London keeps its place as one of the top two global financial centers.

May won the top job in the turmoil that followed the 2016 EU referendum but promised to implement Brexit as a way to heal a divided nation. But on Monday she pulled a parliamentary vote on her deal — which seeks to keep Britain closely aligned with the EU after exit — to avoid defeat.

Her trade minister, Liam Fox, said the government might not even put it to a vote unless the EU gave more reassurances on the so-called Irish “backstop,” an insurance policy aimed at preventing border controls on the island of Ireland.

German Chancellor Angela Merkel also said the 27 other bloc members would not change the deal.

Pro-Brexit hardliners in her party say May has betrayed the people’s vote in negotiations, while other critics say she struck a deal that is the worst of all worlds — out of the EU but with no say over rules it has to abide by.

“Theresa May’s plan would bring down the government if carried forward,” lawmakers Jacob Rees-Mogg and Steve Baker said in a statement. “Conservatives must now answer whether they wish to draw ever closer to an election under Mrs May’s leadership. In the national interest, she must go.”

May’s predecessor Cameron bet all on the referendum he lost in 2016. Now, having already been weakened by a snap election last year which cost her a parliamentary majority, May also sees her own job at risk over Europe.

A former Bank of England employee and daughter of a Church of England pastor, May, has been widely praised for a punishing work ethic and dedication to duty, but her premiership has been characterized by obduracy in the face of crises.

Ministers said changing leader at such an important moment in British history was folly. “I am absolutely sure the prime minister will win,” said Michael Gove, the most senior Brexiteer in May’s government.

But as investors and company bosses tried to gauge the ultimate outcome of the political crisis, some were betting Brexit would be thwarted.

The EU’s top court ruled on Monday that Britain could cancel its Article 50 notice to leave without permission from other members and without losing privileges.

But if May’s deal fails in parliament and Brexit is not delayed, then Britain could be heading towards a disorderly exit that investors fear will clog the arteries of trade, dislocate supply chains and roil markets.

“We are working hard to make sure we get an orderly Brexit,” said Merkel, the EU’s most powerful leader.