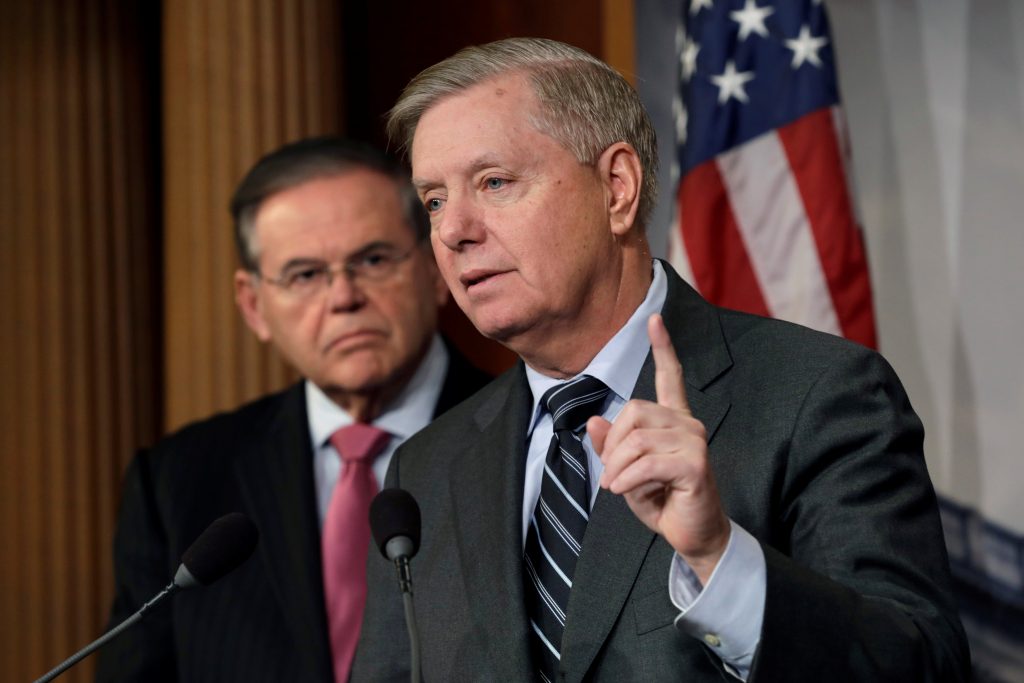 In a rare break with President Donald Trump, the U.S. Senate voted on Wednesday to move ahead with a resolution that would end U.S. military support for the Saudi Arabian-led coalition in the war in Yemen.

Eleven of Trump’s fellow Republicans voted with Democrats to provide the 60 votes needed to move ahead with the war powers resolution.

The vote was largely symbolic because the House of Representatives is not expected to take the matter up this year, and Trump has threatened a veto. But backers of the resolution said it sent an important message that lawmakers are unhappy with the humanitarian disaster in Yemen, and angry about the lack of a strong U.S. response to the killing of prominent journalist Jamal Khashoggi at a Saudi consulate in Turkey.

The Trump administration had urged lawmakers not to oppose U.S. fueling and other support for the Saudi-led coalition as it battles the Houthis, Shi’ite Muslim fighters that Yemen’s neighbors view as agents of Iran.

Many Republicans also have urged that lawmakers keep the Yemen conflict separate from anger over the murder of Khashoggi, a U.S. resident who was a columnist for the Washington Post.

Pompeo repeated his assertion that there was no direct evidence linking Crown Prince Mohammed bin Salman to the Oct. 2 murder of Khashoggi in the Saudi consulate in Istanbul, Turkey, despite a CIA assessment it was likely he who ordered the killing.

Central Intelligence Agency Director Gina Haspel briefed leaders of the House of Representatives behind closed doors about the killing. After the classified briefing, House members declined to comment beyond saying they had not heard anything that had changed their minds about Khashoggi’s death.