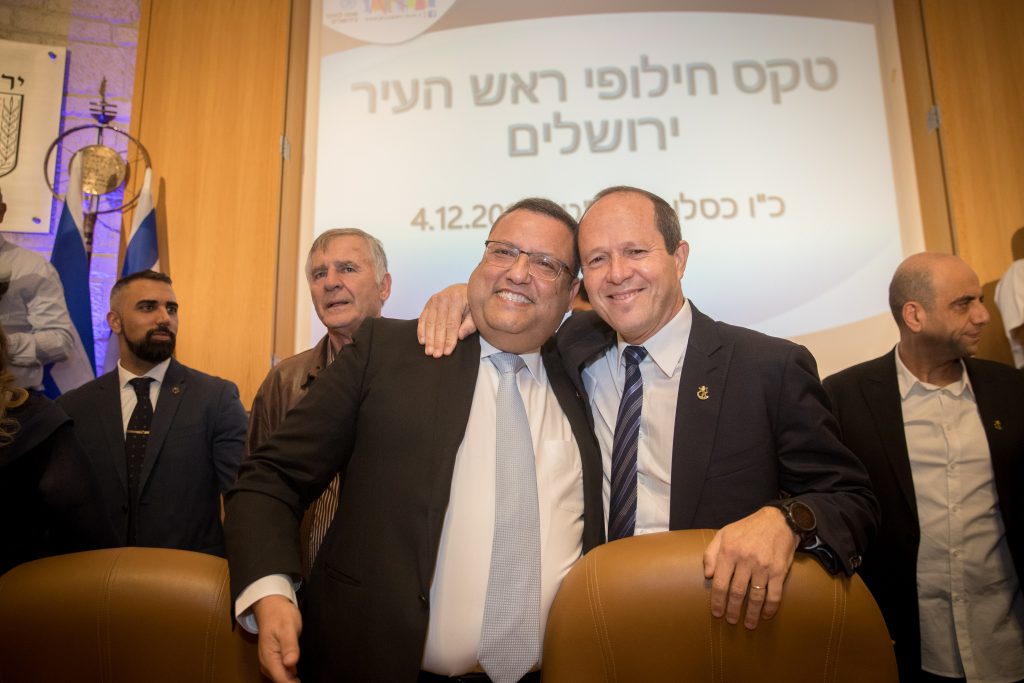 Yerushalayim’s new mayor Moshe Leon evidently got off on the right foot with Finance Minister Moshe Kahlon, as they announced on Wednesday agreement for 950 million shekels in government support for the municipality budget in 2019, the largest such funding the city has ever received, according to Globes.

The funding package, an increase over this year’s grant of 780 million, will go toward local development and improvement of municipal services.

In his announcement, Kahlon spoke warmly of Leon, while alluding to the relationship with the outgoing mayor Nir Barkat, which had been marred by acrimonious disputes over the city’s demands for more funding.

Kahlon said that he was “proud that the Ministry of Finance will give the most ever to the city of Yerushalayim this year, in direct continuation of the trend in recent years. When people come to the Ministry of Finance on time, with a professional and business-like attitude, with an annotated list of requests, they get all the support that it’s possible to give. I’m confident that in the coming years, we’ll continue working in cooperation with Mayor Moshe Leon to strengthen Yerushalayim, Israel’s capital, and continue its growth for the coming generations.”

Leon thanked Kahlon, saying, “This amount ensures that the Yerushalayim municipality will begin 2019 on the right foot with financial soundness for the capital, and will be able to expand services to residents during the year. I thank Minister Kahlon for his pleasant conduct, the way the talks were held, and how decisions were made. Yerushalayim’s residents can breathe freely again; someone is taking care of them.”