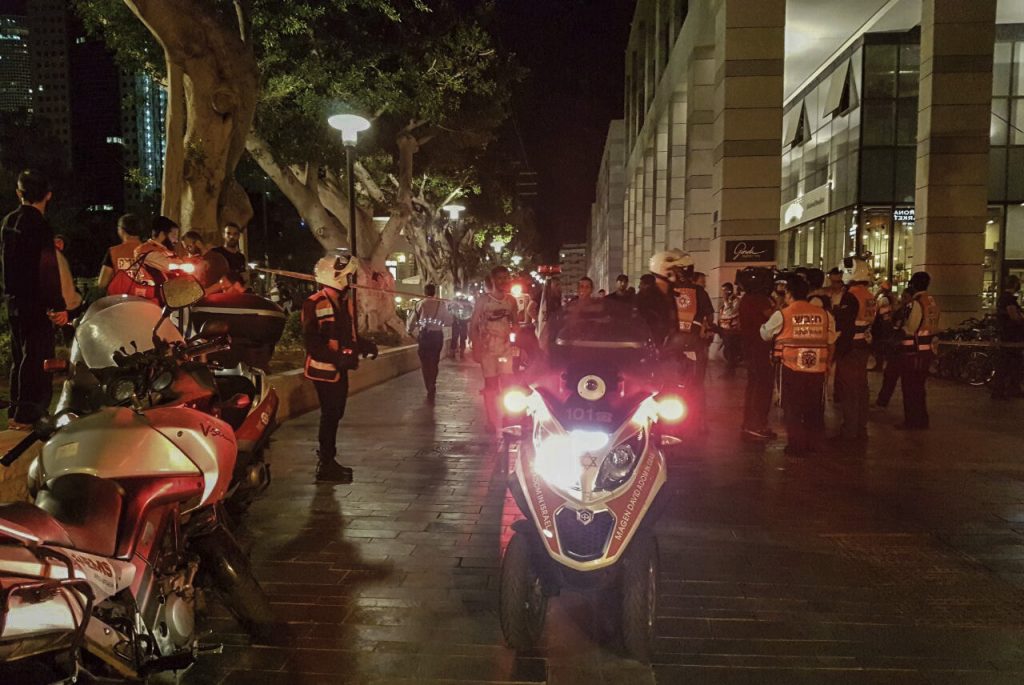 Killed in that attack were Ido Ben-Ari, Hy”d, a 42-year-old resident of Ramat Gan; Ilana Naveh, Hy”d, 39, from Tel Aviv; Michael Fayga, Hy”d, 58, from Midreshet Ben Gurion; and Mila Mashiv, Hy”d, 32, from Ramat Gan. Seven other Israelis were injured in the attack. The terrorists – Yunas Awad, and cousins Khaled and Muhammad Mahamra, all from the town of Yatta south of Chevron – are serving four life sentences each, plus an additional 60 years in prison.

The terrorists decided to undertake the attack in mid-2015, venting their anger over the act of arson that burned down the home of the Dawabshe family in the Arab village of Duma in 2014. In that incident, two houses went up in flames after being firebombed by masked attackers, whom the Shabak believes to be Jews. In one house, an 18-month-old baby was burned to death, while his parents eventually died of their injuries later.

The terrorists originally planned to attack an Israel Railways train. In preparation, they acquired weapons and bought suits in order to appear as Israeli businessmen, and checked trains schedules and locations. On or about June 7, 2016 they arranged with a driver to take them into Israel, and traveled to Be’er Sheva, where they planned to get on the train. Noticing the heavy security, they changed their minds and took a taxi to Tel Aviv, getting off near the Hashalom train station, where security systems, including metal detectors, kept them off the train.

Eventually they began asking passerby for locations where many people were gathered, like restaurants, and eventually reached Sarona, where they took out their weapons and opened fire. They then attempted to escape, with Khaled shot by a security guard as he ran away, and Muhammad arrested after he tried to take refuge in the apartment of a police officer who was searching for the terrorists.

The three “volunteered” for ISIS, according to the indictment. Although apparently not part of an “official” ISIS cell, they took photos of themselves in front of an ISIS flag and told acquaintances that they were carrying out the attack in the terror group’s name.