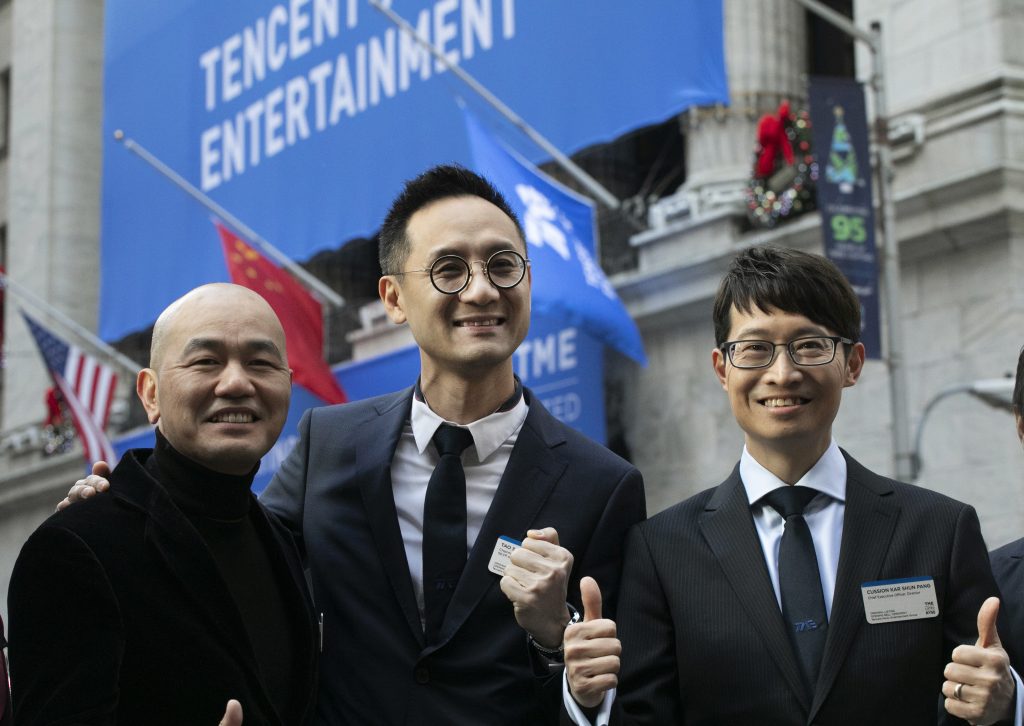 Global stock indexes jumped Wednesday to reverse some of their big losses from the week before. In the U.S., technology companies rallied and energy companies rose along with crude oil prices. Health care and industrial companies also jumped, while safer, high-dividend stocks like utilities and household goods makers were little changed.

Stocks have gyrated this week after they took steep losses at the end of the week before. The repeated changes in direction reflect investors’ nervousness about the health of the global economy, as economic growth is expected to slow down in 2019 and the U.S.–China trade dispute and rising interest rates could both make that slowdown more painful.

Among industrials, Caterpillar climbed 3.6 percent to $127.62, and Boeing rose 2.5 percent to $329.99. Equipment rental company United Rentals surged 7.8 percent to $109.76 after it gave strong forecasts for 2019 and said it will start buying back more stock this month. The company said it stopped buying its own stock at the beginning of November following an acquisition.

TURMOIL IN BRITAIN: British legislators forced a no-confidence vote in Prime Minister Theresa May. The vote is scheduled for later Wednesday and could end May’s tenure and bring even more chaos into British politics. However, investors appeared to believe May will survive the vote, as British stocks and the pound both rose.

Lawmakers within the Conservative Party have expressed frustrations with May over her negotiations of Britain’s departure from the European Union, and many of them want a cleaner break from the trading bloc. Opposition lawmakers don’t want Britain to leave the EU.

BANK ON IT: Deutsche Bank jumped after Bloomberg News reported that the German government might take steps to make it easier for the struggling bank to combine with competitor Commerzbank. U.S.–traded shares of Deutsche Bank gained 7.3 percent to $8.94, but they’re still down more than 50 percent this year and have fallen almost 80 percent over the past five years.

LET THE MUSIC PLAY: Tencent Music Entertainment, the largest music streaming service in China, climbed in its first day of trading. The company’s IPO of 82 million shares priced at $13 a share. Slightly more than half are being sold by the company, and the rest are being sold by shareholders. At midday the stock rose 7.8 percent to $14.01.

SWEARING AT OATH: Verizon Communications sank 2.4 percent to $57.47 after it said it will take a $4.6 billion charge because of weak results from AOL and Yahoo, the internet businesses it spent about $8 billion to acquire. Verizon put the two companies and several others into a division called Oath, and hoped it would be able to turn them into a profitable digital advertising unit.

INFLATION WATCH: U.S. consumer prices were unchanged in November, according to the Labor Department. Prices had edged up over the previous seven months. Core inflation, which excludes volatile energy and food prices, rose 0.2 percent in November and is up 2.2 percent over the last year. However, energy prices fell sharply as the price of crude oil plunged more than 20 percent in November.

BONDS: Bond prices slipped. The yield on the 10-year Treasury note rose to 2.89 percent from 2.88 percent.