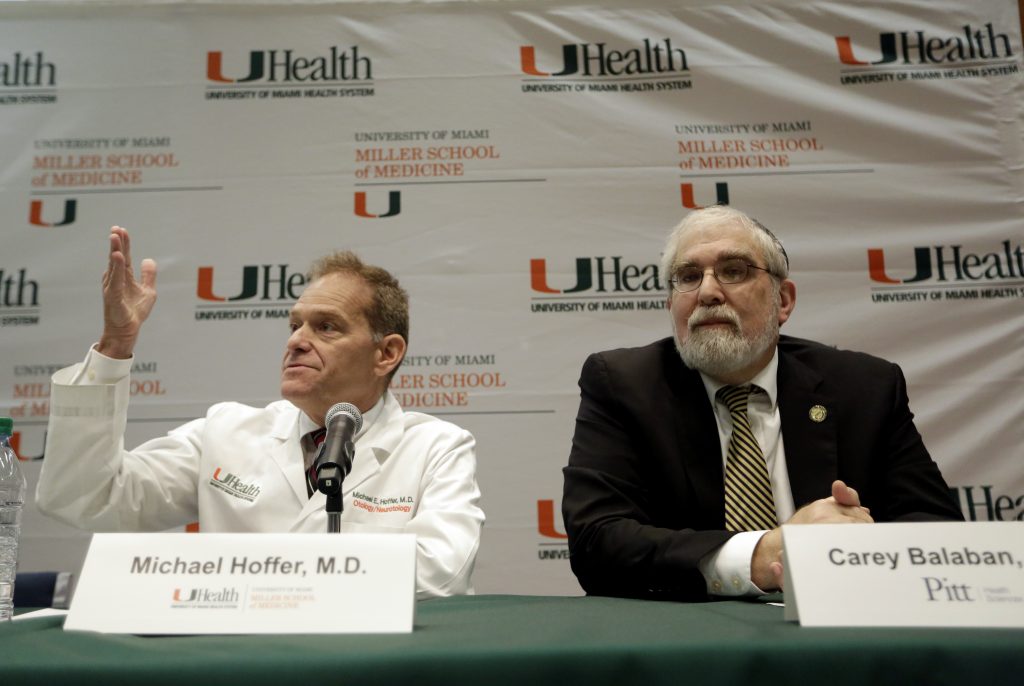 American diplomats affected by mysterious health incidents in Cuba showed damage in the inner ear shortly after they complained of weird noises and sensations, according to their earliest medical exams, publicized Wednesday.

The detailed findings were published in a medical journal nearly two years after what the U.S. calls “health attacks” began — and they shed no new light on a possible culprit.

“What caused it, who did it, why it was done — we don’t know any of those things,” said Dr. Michael Hoffer of the University of Miami Miller School of Medicine, who led the exams.

The U.S. says since late 2016, 26 people associated with the embassy in Havana suffered problems that include dizziness, ear pain and ringing, and cognitive problems such as difficulty thinking — a health mystery that has damaged U.S.–Cuba relations.

The Miami researchers examined 25 of those people, who reported hearing a piercing noise or experiencing a sensation of pressure before their symptoms began. The patients failed a variety of tests that detect inner-ear problems associated with balance, what’s called the vestibular system.

Testing of 10 people who were in the same building at the time of the incidents found they were fine, Hoffer reported in the journal Laryngoscope Investigative Otolaryngology. Hoffer also traveled to Cuba to check 100 other Americans stationed there, who also turned out to be healthy.

Those inner-ear balance problems have been central to the government’s ongoing health investigation. And earlier this year, a team of doctors at the University of Pennsylvania who also examined many of these patients, but months later, reported they suffered concussion-like brain damage, despite no blow to the head.

For doctors, Wednesday’s paper adds specifics about the pattern of damage, abnormalities in structures involved with sensing gravity and acceleration, said Dr. Maura Cosetti of the New York Eye and Ear Infirmary of Mount Sinai. She isn’t involved with any research related to the Cuba incidents.

“This provides an important step in creating a picture of the injury that people sustained,” she said. She added that often people with long-term balance problems also report a “brain fog.”

Cuba has adamantly denied any involvement, and even questions whether there were attacks.

“There’s no evidence that can prove that something occurred in Cuba that could have damaged the health situation of a few U.S. diplomats,” Carlos Fernandez de Cossio, Cuba’s director-general of U.S. affairs, said Wednesday.

The U.S. has not said what caused the incidents, although initial speculation centered on some type of sonic attack. The Associated Press has reported that an interim FBI report last January found no evidence that sound waves could have caused the damage.