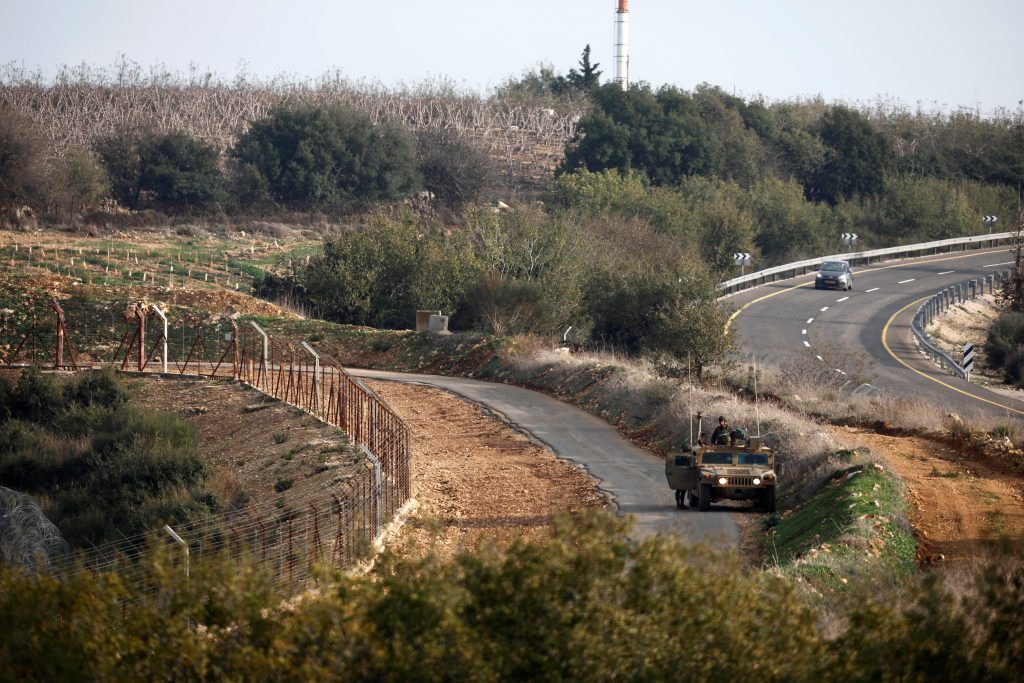 There’s a famous question asked about a passage in Tehillim that we say as part of Hallel. “Praise Hashem, all nations; praise Him, all the states! For His kindness has overwhelmed us, and the truth of Hashem is eternal.” Why should “all nations” praise Hashem for the kindness He shows us? Surely we should praise Him for His overwhelming kindness, not the other nations?

One answer is that only those who are aware of the evil they planned for us can appreciate the extent to which Divine intervention was needed to foil those plans.

That appreciation was felt last week when Israel woke up to the news that the IDF had uncovered a Hezbollah terror tunnel that began in Lebanon and crossed into Israel. After officially denying that there were any tunnels being dug in the north — it was too costly to dig in mountain rock and, besides, tunnels weren’t necessary since there’s so much foliage around to provide cover for approaching terrorists — the security establishment admitted that indeed, tunnels existed, and they posed a serious threat.

Hezbollah’s plan was to tunnel under the security barrier that Israel had built along its border with Lebanon, and under the IDF troops that patrol the border, to reach Israeli civilians and execute a large-scale terror attack.

As Hamodia’s military correspondent A. Pe’er explains in this week’s “Privileged Information,” Hezbollah understands that it cannot defeat the IDF in a war, so it is looking to score a quick public-relations victory, conquering a Jewish town and raising its flag in victory. Even if the conquest is short-lived, the picture of a Hezbollah flag waving over an Israeli town would win the terror group points among its followers.

For years, residents of the north have been saying that they heard something beneath the ground, the sound of digging. And for years, they were told by the security establishment that it was nothing. Now the truth has come out. The threat is real, very real, and it is only b’chasdei Hashem that the extraordinary efforts of the IDF engineering corps and the intelligence branch have succeeded in nipping it in the bud.

It is chilling to contemplate what might have happened had Hezbollah succeeded in its plot. It was preparing to send a specially trained unit, known as Radwan, to emerge from the tunnels in Israel and proceed to kill and kidnap men, women and children, as well as Israeli soldiers, R”l.

Israel is surrounded by enemies who are plotting its demise, who understand better than anyone else the extent to which constant miracles are needed to enable Jews to live in peace in Eretz Yisrael.

In the south, too, Hamas has been digging tunnels for years, many of which have crossed into Israel from Gaza. Here, too, the goal is for a well-trained terrorist unit to emerge from an opening inside a Jewish community and commit atrocities against civilians and soldiers.

The strategy of Hezbollah in the north and Hamas in the south is the same: To attack Israel’s home front, including civilians, infrastructure (electricity, water, communications), the airport, and perhaps the nuclear facility in Dimona. To achieve this, both Hamas and Hezbollah have been armed with huge missile stores, provided by Iran (whose evil plans for Israel know no bounds).

Currently, the Hezbollah arsenal, said to number more than 130,000 missiles, includes some that can reach anywhere in Israel with great accuracy and a heavy payload, R”l. This is no secret; the IDF has been publicly saying so for years, but life in Israel continues peacefully, thanks to a strong sense that there is Someone watching over Am Yisrael.

Just a few weeks ago, when the tension with Hamas peaked, more than 500 missiles were fired on Israel from Gaza. Iron Dome, as good as it is, couldn’t knock them all down, and some hit homes or landed in the playgrounds of kindergartens, miraculously resulting in just one fatality (a Palestinian Arab who was living in Ashkelon).

Moreover, the relative quiet in Yehudah and Shomon is not due to a change of heart among Palestinian Arabs. Nadav Argaman, the director of the Shin Bet security service, warned the Foreign Affairs and Defense Committee recently that the calm was “deceptive.”

He said the situation was “extremely unstable,” and the Shin Bet had foiled 480 terror attacks in the past year, arrested 219 Hamas cells and thwarted some 590 “lone wolf” attackers.

“The large scope of attacks can only indicate the extent of terrorism taking place beneath the surface,” he said.

His statement was given tragic validation Sunday night when seven people were wounded in a shooting attack near the Ofra junction, including a 21-year-old expectant mother.

The words of Tehillim we opened with, “Praise Hashem, all nations…”, are immediately followed by the words, “Give thanks to Hashem for He is good; His kindness endures forever!”

Being aware of our enemies’ fiendish plans from below ground with tunnels, from the air with missiles, and at ground level, with terrorism, and how much we are beneficiaries of Divine intervention — makes it only natural to follow through with words of thanks.