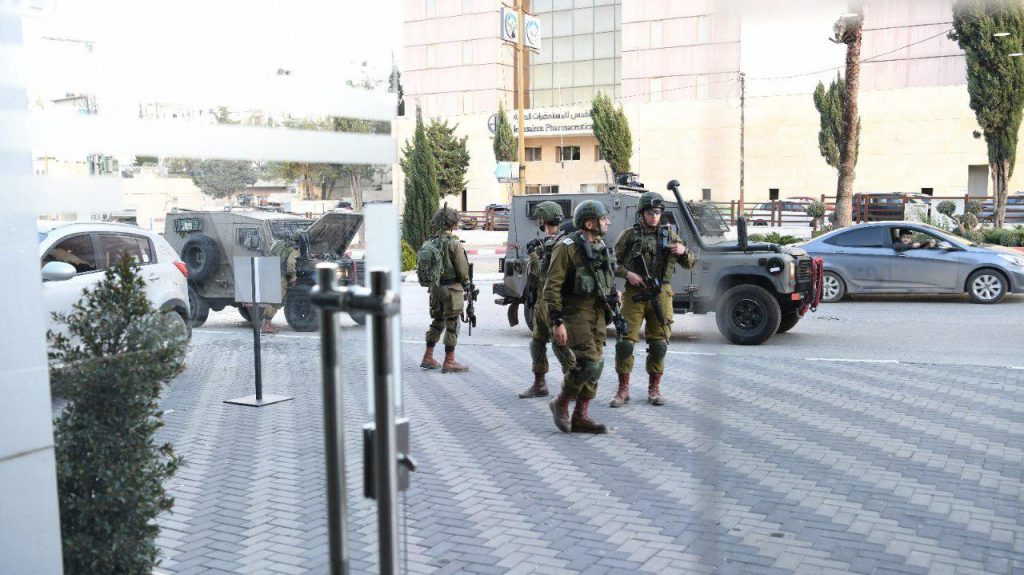 Israeli forces overnight Monday continued the search for the terrorists who carried out Sunday night’s terror shooting attack. Palestinian Authority sources said that IDF soldiers had set up roadblocks around Ramallah and had entered the city, searching for suspects. A report on Channel 20 said that the identity of at least one of the shooters was known to security officials.

IDF forces also operated in the town of Tubas, east of Shechem. PA sources said that three people were wounded by Israeli gunfire. Soldiers arrested four brothers, residents of the town, in connection with the attack, the sources said.

The search for the terrorists is centered on the Binyamin region. Seven people were injured in the attack that occurred Sunday night at the entrance of Ofra, in the Binyamin region. Security forces were attempting to track the path that the terrorists took to flee the scene, after firing ten bullets at the group that included the injured. The IDF is also attempting to determine the level of organization of the terror group; the current estimation is that it was a local gang that acquired weapons and a vehicle, as opposed to an organized attack by a large terror organization.

Meanwhile, the conditions of Amichai and Shira Ish-Ran, who were wounded in the attack, continued to improve, while the condition of the 30-week-old baby who was delivered by doctors in Shaarei Tzedek hospital remained serious. Doctors said that both parents were awake and communicating with others. At a press conference Monday night, the couples’ parents praised doctors for their work, while asking the public to daven for the welfare of the baby.