Israel Netanyahu: Under My Watch, No Jews Will be Evicted
Israel 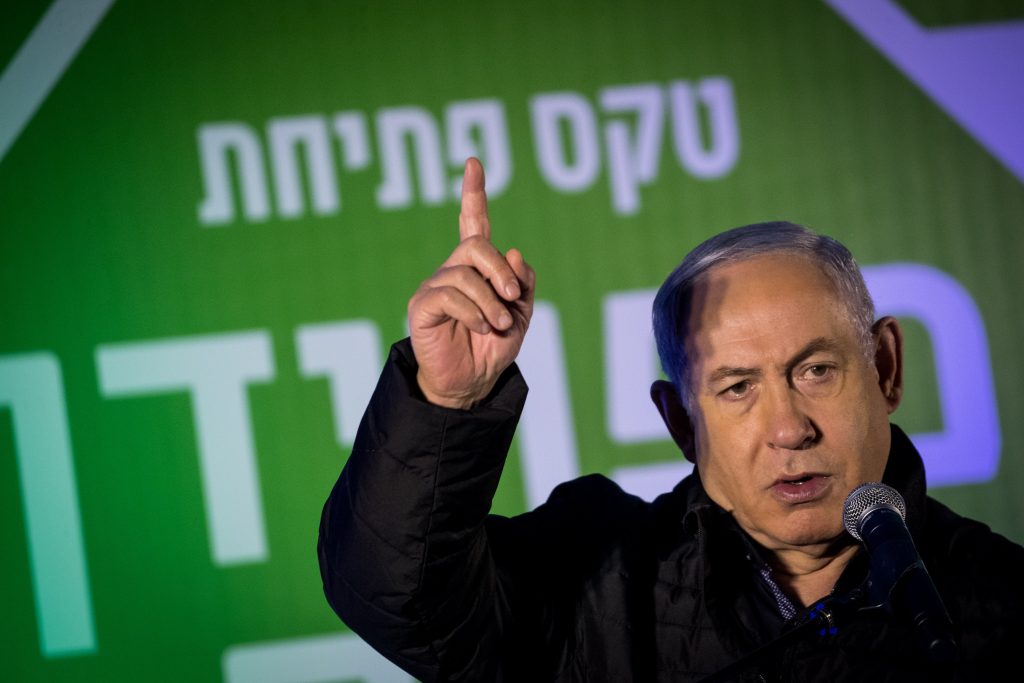 In a speech Tuesday, Prime Minister Binyamin Netanyahu promised that “as long as I am Prime Minister, no Jew will be evicted from his home” because of politics. Netanyahu made the comments at the inauguration of a new interchange to more safely and efficiently direct traffic at the Adam traffic circle, where cars going to and from Yerushalayim, the Binyamin region, and Ramallah coalesce. The traffic circle is notorious for its endless traffic jams. Netanyahu inaugurated the interchange with Transportation Minister Yisrael Katz.

In his remarks, Netanyahu related to the terror attack in Ofra Sunday night. The opening of the interchange was an Israeli response to such attacks. “This attack, like so many others, shows the depth of hatred our enemies have for us,” Netanyahu said. “We will hunt down those responsible for it and make them pay. We will prove to them that their desire to remove us from our land will meet with a concrete barrier. They will not succeed in removing us. As long as I am prime minister no Jew will be dispossessed from his home. Not only that, but we will build more homes.

“We are not stopping here,” Netanyahu added. “We will continue to build roads and interchanges, to expand highways, improve infrastructure, and more. The achievements here are both in the transportation and security arenas, and here they go together. We are uniting the country not only geographically, but also over time, uniting our past in this region with our present here. This is a great merit for our generation.”