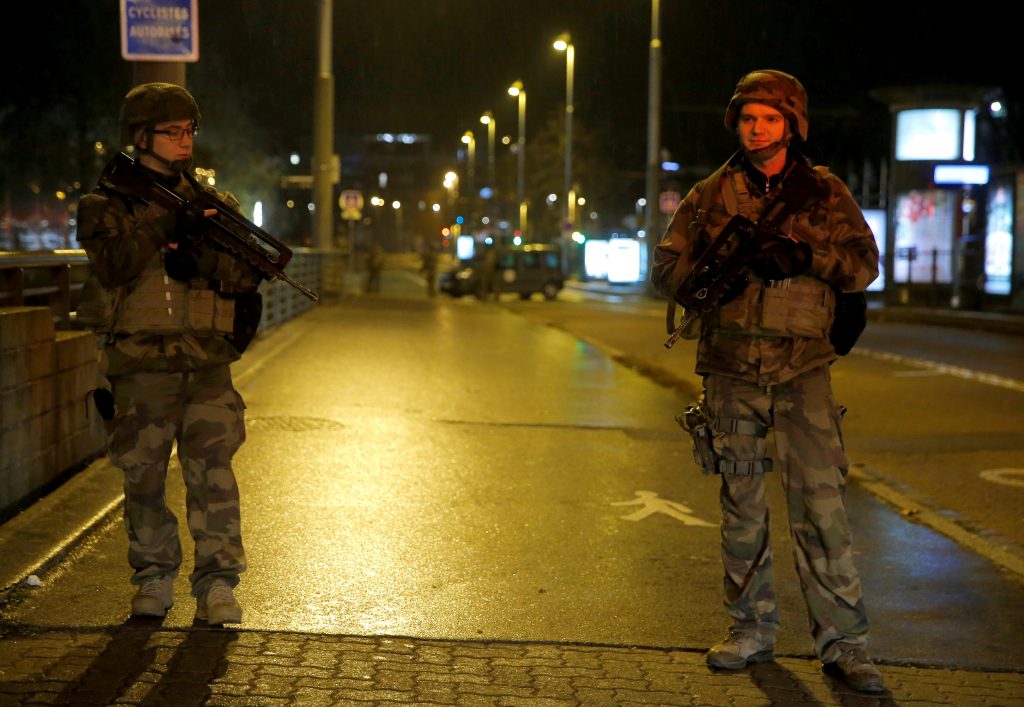 A gunman killed at least two people and wounded 6 others near an outdoor market in the French border city of Strasbourg on Tuesday evening before being cornered by police.
The motive was not immediately clear but, with France still on high alert after a wave of attacks commissioned or inspired by Islamic State terrorists since early 2015, the counter-terrorism prosecutor opened an investigation.

Some two hours after the attack, elite police cornered the suspect and shots were fired, a source close to the operation said. French media reported the assailant was holed up in a store on the Rue d’Epinal.

Interior Minister Christophe Castaner said the gunman was known to security services, and the local prefecture said he was on an intelligence services watchlist.

People in the city’s Neudorf area and Etoile Park were told to stay where they were as officers hunted the shooter on the ground and from the air.

A Reuters reporter was among 30 to 40 people being held in the basement of a supermarket for their own safety, waiting for police to clear the area. Lights were switched off and bottles of water handed out.

The European Parliament, which is sitting in Strasbourg this week, was put into lockdown.

The market was being held amid tight security this year, with unauthorized vehicles excluded from surrounding streets during opening hours and checkpoints set up on bridges and access points to search pedestrians’ bags.

The Paris prosecutor said the motive for the attack was not known. No group immediately claimed responsibility but the U.S.-based Site intelligence group, which monitors jihadist websites, said Islamic State supporters were celebrating the attack.

Sources familiar with the police operation said the suspect was a 29-year-old whose residence had been raided earlier in the day in connection with a robbery during the summer. The suspect was not in the building at the time.

President Emmanuel Macron was being updated as events unfurled, an Élysée Palace official said. Castaner was on his way to Strasbourg, which lies on the border with Germany.

The gunman entered the market over a bridge at about 8 p.m. (1900 GMT) before opening fire, the prefecture said, adding that the suspect was a known security risk and on a watch list.

A spokesman for the European Parliament said the building had been shut down and staff ordered to stay inside.

“My thoughts are with the victims of the Strasbourg shooting, which I condemn with the utmost firmness,” tweeted Jean-Claude Juncker, head of the European Commission, the EU executive. “Strasbourg is an excellent symbol of peace and European Democracy. Values that we will always defend.”

Some 26,000 individuals suspected of posing a security risk to France are on the “Fiche S” watchlist, of whom about 10,000 are believed to have been radicalized, sometimes in fundamentalist Salafist Muslim mosques, online or abroad.

European security agencies have feared for some time that Islamist terrorists who left Europe to fight for Islamic State in Syria and Iraq would return after the jihadist group’s defeat, with the skills and motivation to carry out attacks at home.

Secular France has been grappling with how to respond to both homegrown jihadists and foreign terrorists following attacks in Paris, Nice, Marseille and beyond since 2015.