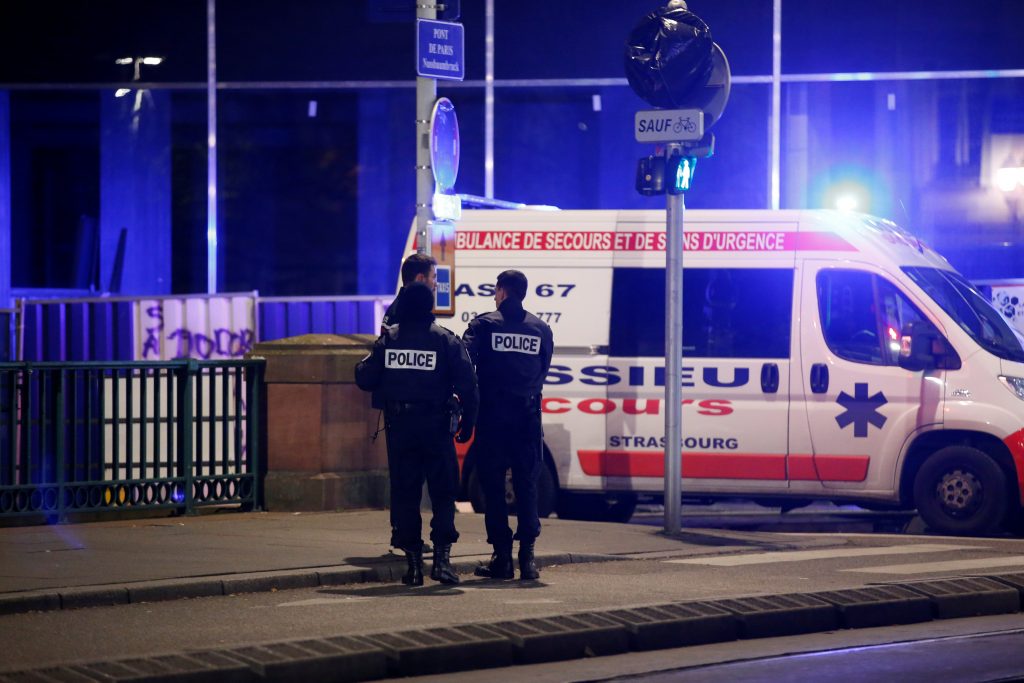 A shooting in the French city of Strasbourg sparked a major security operation around a famous seasonal market on Tuesday, with media reporting one dead and several wounded.

The French Interior Ministry called on the public to remain indoors and local authorities called on residents to follow police instructions.

Local authorities tweeted for the public to “avoid the area of the police station,” which is close to the city’s seasonal market. Strasbourg’s well-known market is set up around the city’s cathedral during the end-of-year period and becomes a major gathering place.

It wasn’t immediately clear if the market was the target of the attack or if there was any link to terrorism.

But France has been hit by several terrorist attacks, including the 2015 Paris shootings, which killed 130 people and wounded hundreds, and a truck attack in Nice that killed dozens of people in 2016.

Some Strasbourg residents have reported on social media that they heard gunfire in some parts of the city center.

Prime Minister Edouard Philippe tweeted that “the situation is still underway, priority is given to security forces and rescuers.”

President Emmanuel Macron has adjourned a meeting at the presidential palace on Tuesday night to be able to monitor the events, his office said.

Strasbourg, about 500 kilometers (310 miles) east of Paris, is the seat of the European Parliament and on the border with Germany.

European Parliament spokesman says building is on lockdown because of shooting in Strasbourg.