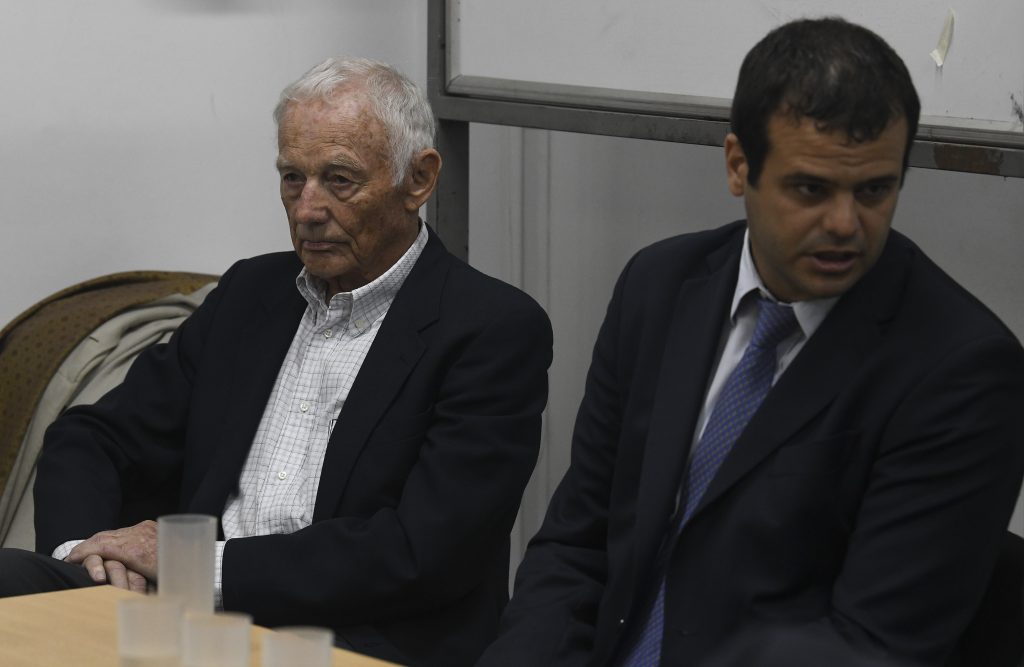 An Argentine court on Tuesday sentenced two former Ford Motor Co. executives to prison for helping agents of the country’s former dictatorship round up 24 Argentine union workers who were then tortured and held in military jails.

The courtroom was crowded with family members of the victims and many burst into applause after the sentencing for crimes against humanity. The court said that factory manufacturing director Pedro Muller and security manager Hector Francisco Sibilla targeted workers and gave information to security agents for their kidnapping and torture after the 1976 military coup.

Sibilla and Riveros are Argentines and Muller was described in the initial indictment as a Czech national.

Prosecutors had accused them of giving names, ID numbers, pictures and home addresses to security forces who hauled the workers off the floor of Ford’s factory in suburban Buenos Aires to be tortured and interrogated and then sent to military prisons.

The trial that began last year is part of a series of prosecutions focused on corporate support for the brutal military dictatorship of 1976-1983, when about 30,000 people were killed or disappeared, according to human rights groups.

“Seven percent of civilians accused of crimes against humanity are businessmen,” said the Center for Legal and Social Studies, a human rights group in Argentina.

About 5,000 workers were employed at the time by the Ford factory in suburban General Pacheco, producing the Falcon — a car that became a symbol of state terror because it was often used by military and police squads to carry off alleged subversives and move them between secret detention centers.