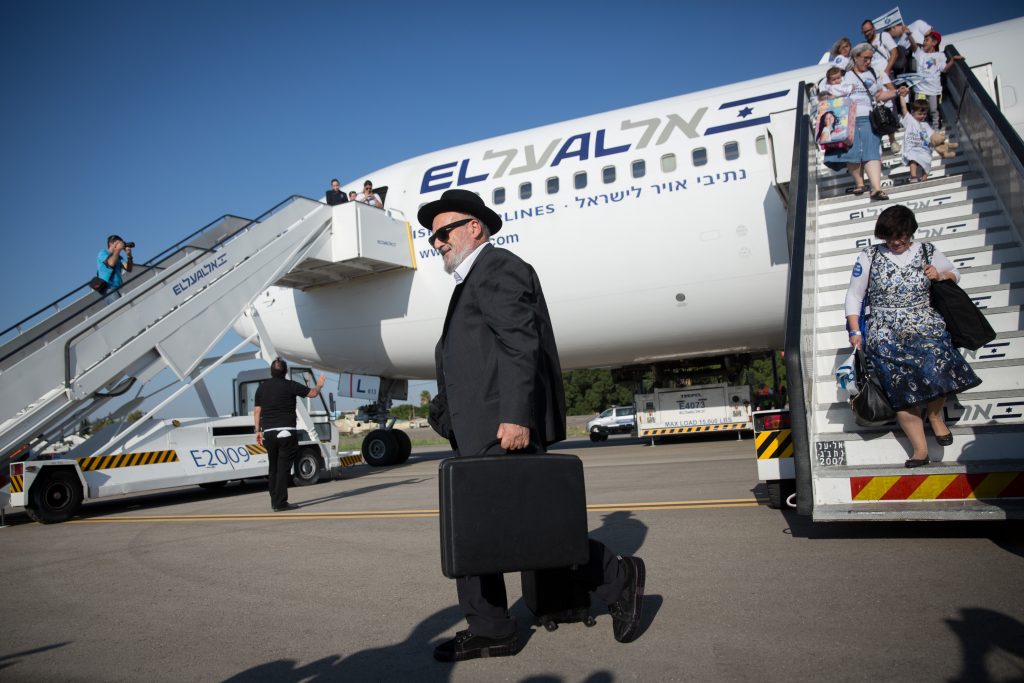 On the last day of Chanukah, Israel’s Education and Diaspora Affairs Minister Naftali Bennett presented at the cabinet meeting what he called the “historic missed opportunity” of Israel with regard to the aliyah of French Jewry. At the end of the presentation, Prime Minister Binyamin Netanyahu instructed him to draft a plan to increase Jewish immigration from France.

Paris is called the “City of Lights.” The moniker was coined some time in the last century, in part because the city was the first in the world whose streets were illuminated by gas lamps in the mid-1800s. Today, like then, Paris ranks high on the list of top travel destinations. Some 25 million tourists visited the city this year alone. One famous visitor, who visited Paris exactly one hundred years ago, was the Chida, zy”a. In his sefer about his travels, Maagal Tov, he describes the city’s tremendous size and its valuable assets.

Paris is certainly different in essence from its sisters, the large, ancient cities of Europe. It is not like buttoned-up London, like grey, dull Berlin, like the stylish Vienna or aristocratic Saint Petersburg. Paris is a far more vibrant city.

But despite the fact that freedom of religion was declared in France more than 200 years ago, and the human rights advances that emerged from the French Revolution are undeniable in a normal country, the Parisians do not easily forfeit their traditions.

In the month of Iyar 5728, Paris rocked with student riots and a general strike. At the beginning of 5766, tens of thousands of Muslim immigrants rioted for three weeks straight, and made the lives of local residents miserable. There have been other mass demonstrations there, on an average of once a year, targeting the government, usually because of social or economic issues.

And that is exactly what has been happening in Paris over the past month, at a level of intensity that hasn’t been seen in the French capital for more than a decade. The protest this time has a creative name, the “Yellow Vest” protests. The reason for the protest is a tax hike on fuel, a rise that, according to President Emmanuel Macron, is necessary in order to fight global warming. The rise compounds citizens’ frustration at the already high cost of living, high taxes, and the discounts that Macron has allowed the wealthy. The yellow vests, the ones that every driver keeps in his car, have become a symbol of the protest.

And into this chaos steps Minister Bennett, calling for aliyah to Israel. At the same time, his efforts to bring French Jews to Israel have had dismal results. Eighteen-thousand French Jews came on the last aliyah wave, about 30 percent of them youths up to age 17. In France, 86 percent of these children studied in Jewish schools. All of them, upon arrival in Israel, were sent to state schools in the worst case, or to religious state schools in the better of the two evils. As far as the Jewish Agency is concerned, these families do not belong to the Torani sector, even though they do.

The state of Israel has locked all the doors to spirituality for them, whether out of malice or out of foolishness. These immigrants are having a hard time finding suitable educational frameworks for their children in Israel, and this has led to a sharp decline in mitzvah observance and has harmed their Jewish identity.

Things have reached such a state that senior officials in the Jewish community in France have recently contacted the Jewish Agency and demanded that it stop the continued aliyah of French Jews as long as Israel does not provide them with suitable educational institutions.

The representatives of the state of Israel and of the Jewish Agency did not offer the olim a Torani framework, and thus, they missed the mark, the goal of their jobs. It is not for naught that the kiruv organizations have shifted into high gear. The chareidi representation in the government has also gotten involved, asking that Jewish Agency representatives guide those who register for aliyah to Torah schools already during the registration process in France. It can be said that this has been met with partial, if not absolute, success.