Business Up, Down, Back Again: U.S. Stocks Go On Another Dizzying Ride
Business 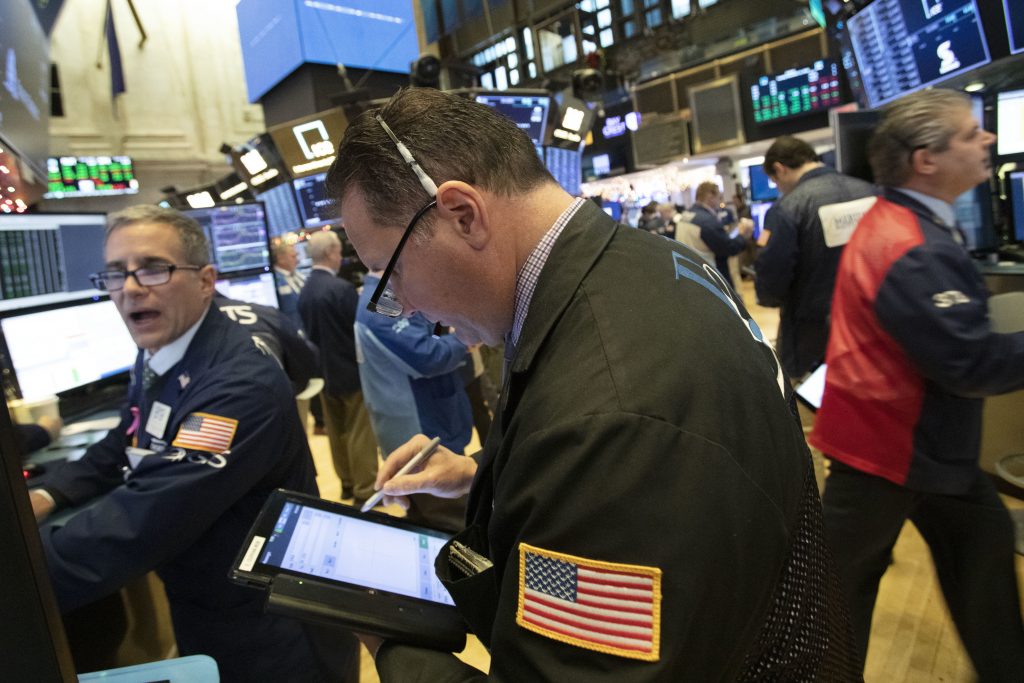 U.S. stock indexes veered through another dizzying cycle Tuesday, shooting to big gains early in the morning before falling modestly in midday trading. By early afternoon, indexes were mixed.

It’s just the latest in a series of sharp turns in direction for the market, which has lurched up and mostly down since late September as investors recalibrate how worried they are about the global trade war, rising interest rates and a slowing economy.

The S&P 500 initially jumped more than 1 percent, following even bigger gains in Europe, on optimism about U.S.-China trade talks. But falling bank stocks helped weigh on indexes as the day went on.

Seven of the 11 sectors that make up the S&P 500 were up, with real-estate and consumer-related companies leading the way. Financial stocks were the weakest performers.

U.S.-CHINA RELATIONS: U.S. Treasury Secretary Steven Mnuchin and Chinese Vice Premier Liu He have spoken by phone about “the promotion of the next economic and trade consultations,” a statement by China’s Commerce Ministry said Tuesday.

That raised hopes that the two countries can make progress on their trade dispute. Investors worry weaker global trade would dent economic growth around the world and corporate profits. The tensions have waxed and waned repeatedly this year, which has helped make the stock market particularly volatile recently.

Another flashpoint for the two countries is the detention of Meng Wanzhou, the chief financial officer of Chinese telecommunications giant Huawei, in Canada. Meng is wanted in the U.S. for allegedly misleading banks about the company’s business dealings in Iran. China has protested her arrest.

WHICH WAY?: Many forces are pushing and pulling the market in different directions, from the trade war to worries about how much higher the Federal Reserve will raise interest rates. On Tuesday, media reports said that China agreed to reduce tariffs on U.S. autos. But at the same time, President Donald Trump threatened to shut down the U.S. government if Congress doesn’t provide money to build a wall at the Mexican border.

In recent weeks, the driving force behind the market’s moves has been changes in investors’ optimism and pessimism, more so than changes in market fundamentals, such as corporate earnings, said Jon Adams, senior investment strategist at BMO Global Asset Management. That can lead to more volatility, not only week to week but also within each day.

“Traditionally, this wouldn’t be enough to move the market this much,” Adams said Tuesday morning about progress in talks between the United States and China, when the S&P 500 was still up more than 1 percent for the day. “But sentiment has been moving markets lately.”

BUYBACK BOOST: Bank of New York Mellon and Jazz Pharmaceuticals both rose after announcing increased programs to buy back their own stock. Shareholders often like these purchases because they can goose a company’s earnings per share, one of their main measures for success.

The gap between those two yields has been shrinking this year, which has worried some investors. When the 10-year yield falls below the two-year yield, investors call it an “inverted yield curve” and see it as a precursor to a recession.