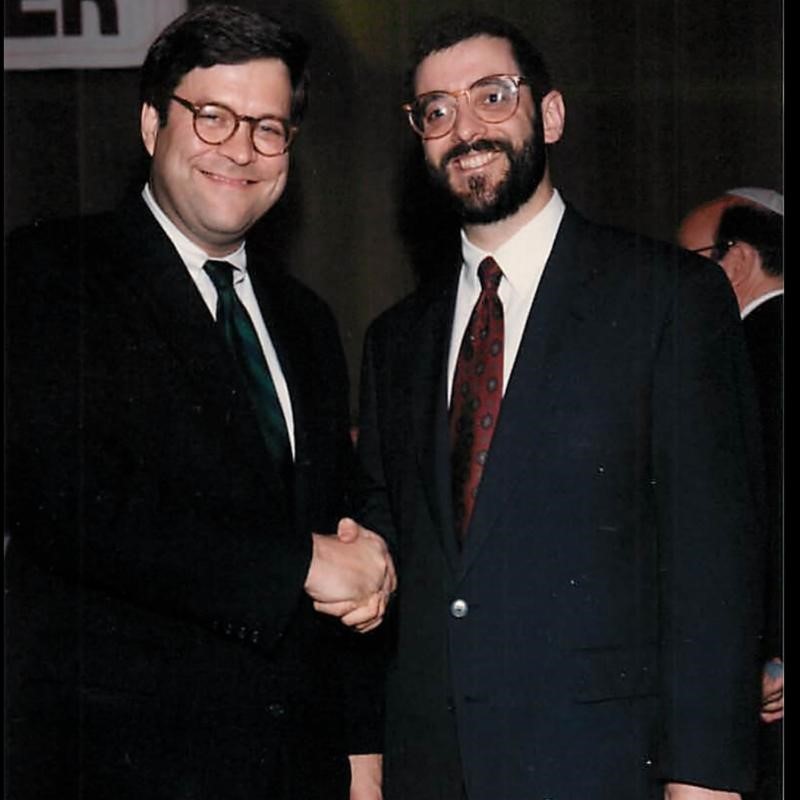 William Barr, who was nominated late last week to serve as attorney general of the United States, has long been seen as a supporter of religious liberty. For Orthodox Jews, however, his record reaches into an issue that has become one of the forefront battles of the community in recent years — discriminatory zoning laws.

While serving in the administration of former President George H.W. Bush, he was the key player in the Department of Justice (DOJ) decision to sue the Village of Airmont, which borders Monsey, over moves widely seen as attempts to prevent Orthodox Jews from moving to the area.

“It was a very big step for him to take at a time when this was not a prominent issue and the specific laws we have now to fight these types of infringements were not yet in place,” Rabbi Abba Cohen, vice president for Federal Affairs for Agudath Israel of America, told Hamodia.

Throughout the Bush administration, Mr. Barr served in several capacities, first as head of DOJ’s Office of Legal Counsel and later as deputy attorney general, and eventually as attorney general.

In 1991, the Village of Airmont was formed as a breakoff from Ramapo. Among its zoning codes were statutes relating to multi-family homes and houses of worship that, if enacted, would make it very difficult for Orthodox Jews to live in the area. In years leading up to the village’s formal separation, Rabbi Cohen said that discriminatory practices in the area had been brought up with Mr. Barr, and that the community’s concerns had found in him a sympathetic ear.

“He had a real sensitivity to some of the vile expressions of anti-Semitism that were being heard and seen there, and realized the nature of the problem and how it could emerge as real threat to religious communities and religious freedom,” he said.

The DOJ filed a lawsuit against the village, saying that its laws violated the Fair Housing Act, which ultimately forced Airmont to revise many of its zoning restrictions and to agree to refrain from discriminatory land-use practices. The agreement expired in 2011, and just this month, the town was sued twice by Orthodox institutions claiming they have not been treated fairly by village officials.

Since the 1991 lawsuit, legal actions over towns seeking to use zoning as a tool against Orthodox Jews and certain other religious minorities have become increasingly common. What has become the most common defense, the 2000 Religious Land Use and Institutionalized Persons Act (RLUPIA), was not yet in place when Mr. Barr mobilized the DOJ to come to the aid of Orthodox Jews interested in settling in Airmont.

“At the time, it took vision and bold action to make this a priority for the Department. Bill Barr certainly deserves a lion’s share of the credit for that,” said Rabbi Cohen.

Largely in recognition of these actions regarding Airmont, in 1992, the Agudah honored Mr. Barr with its Humanitarian Award.

This time around, Mr. Barr will have a framework with which to address similar issues. This past summer, then-Attorney General Jeff Sessions launched a Religious Liberties Task Force with a focus on land-use issues.

Rabbi Cohen said that, beyond Airmont, Mr. Barr, who happens to be a devout Catholic, “shared many perspectives and viewpoints” with advocacy priorities of the Orthodox community, and said that the Agudah was considering submitting a formal letter of support to Congress in favor of his confirmation.

While Mr. Sessions, too, was a vocal advocate of protections for religious groups, many conjectured that, as in many areas, his ruptured relationship with President Donald Trump had hindered his overall effectiveness.

Rabbi Cohen was hopeful that, should Mr. Barr be confirmed, he would be a valuable partner at the head of the DOJ not only on land use, but also on protections for religious observance in the workplace, legal protection for the beliefs of religious traditionalists, and similar needs of the community.

“His appointment would present a very welcome opportunity for us,” he said. “Religious liberty has been a theme of the DOJ and of the administration; with the president’s full confidence in Bill Barr, that could allow for much more to be accomplished.”