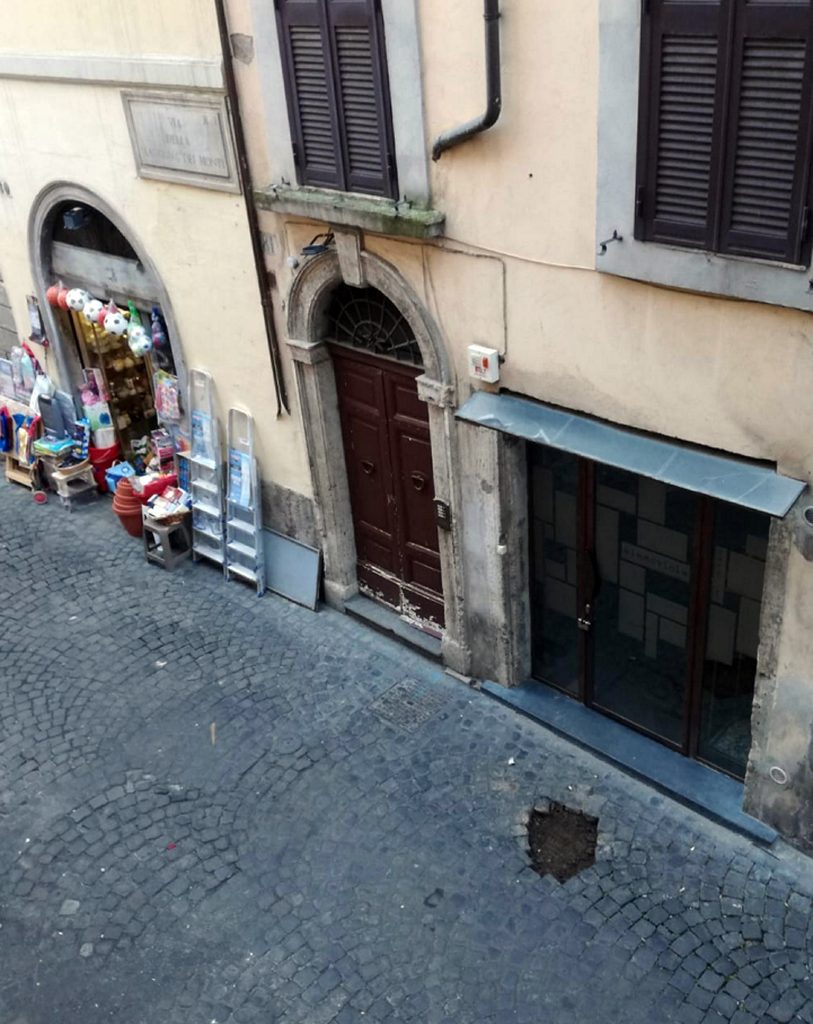 Twenty cobblestones commemorating members of two Italian Jewish families who were deported to Auschwitz or killed in Rome were dug up and stolen in the early hours of Monday in an apparent anti-Semitic attack.

The bronze-capped cobblestones were embedded into the pavement outside a building in Rome’s central Monti neighborhood that was home to the Di Consiglio and Di Castro families until World War II.

Police said they were investigating the incident as a possible hate crime. Asked about the incident at a news conference, deputy prime minister Matteo Salvini, who is also interior minister, said he would do everything to stop such acts of “repugnant anti-Semitism.”

The cluster of stones commemorated 18 members of the Di Consiglio family and two from the Di Castro family. Fifteen were deported to Auschwitz in 1944 and died either there or in an unknown place.

The other five were among the 335 Italian men and boys, including 75 Jews, killed in the Ardeatine Caves outside Rome in March 1944 by occupying Nazis. They were murdered as a reprisal for the killing of 33 German policemen by partisans.

On Monday morning, a gaping hole remained where the stones were.

“This is beyond vandalism. This is a deliberate attempt to deface memory,” said Ylenja Lucaselli, a parliamentarian of the of the right-wing Brothers of Italy party.

The writing on each stone started with the words “Here lived” followed by the name of the person, the date of deportation or arrest and the place and date of death, if known.

The project to place such stones throughout Europe where victims of the Holocaust either lived or worked was started by German artist Gunter Demning in 1992.

Adachiara Zevi, a Jewish community leader and head of the group that places the commemorative stones around Italy, said they are commonly known as “stumbling stones,” because they are meant to provoke thought.