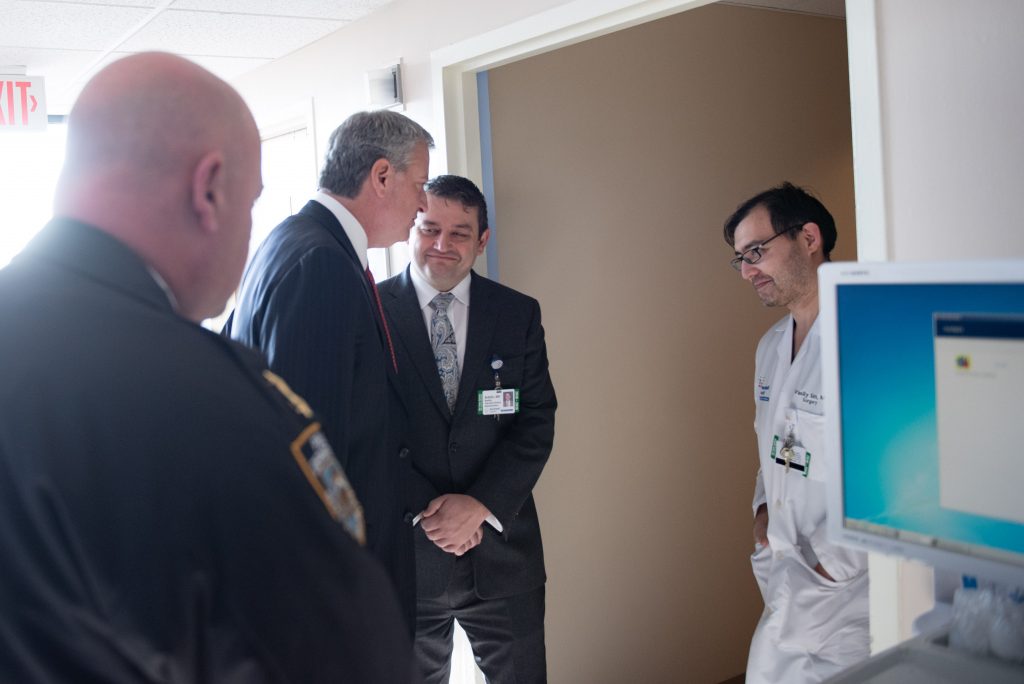 Police officers responding to a domestic dispute call on Staten Island late Sunday night opened fire on a man carrying a knife, killing him and seriously wounding one of the officers at the scene.

The wounded officer was in stable condition at Staten Island University Hospital and is expected to survive. Mayor Bill de Blasio visited him Monday.

The shooting took place just before 10 p.m. at a complex of two-story apartment buildings north of the Verrazzano-Narrows Bridge.

“Tonight we are reminded, once again, of the dangers our officers face every day,” Police Commissioner James O’Neill said at a news briefing early Monday.

Uniformed officers from the 120th Precinct responded to a domestic dispute call and encountered an intoxicated man carrying a knife with a 10-inch blade. Both the officers’ body cameras showed the man was repeatedly ordered to drop the weapon.

One officer then struck the man with a Taser, but O’Neill said that “did not stop the threat.” The man repeatedly yelled “Shoot me!” Officers fired 10 to 12 shots, killing him and striking one of the officers.