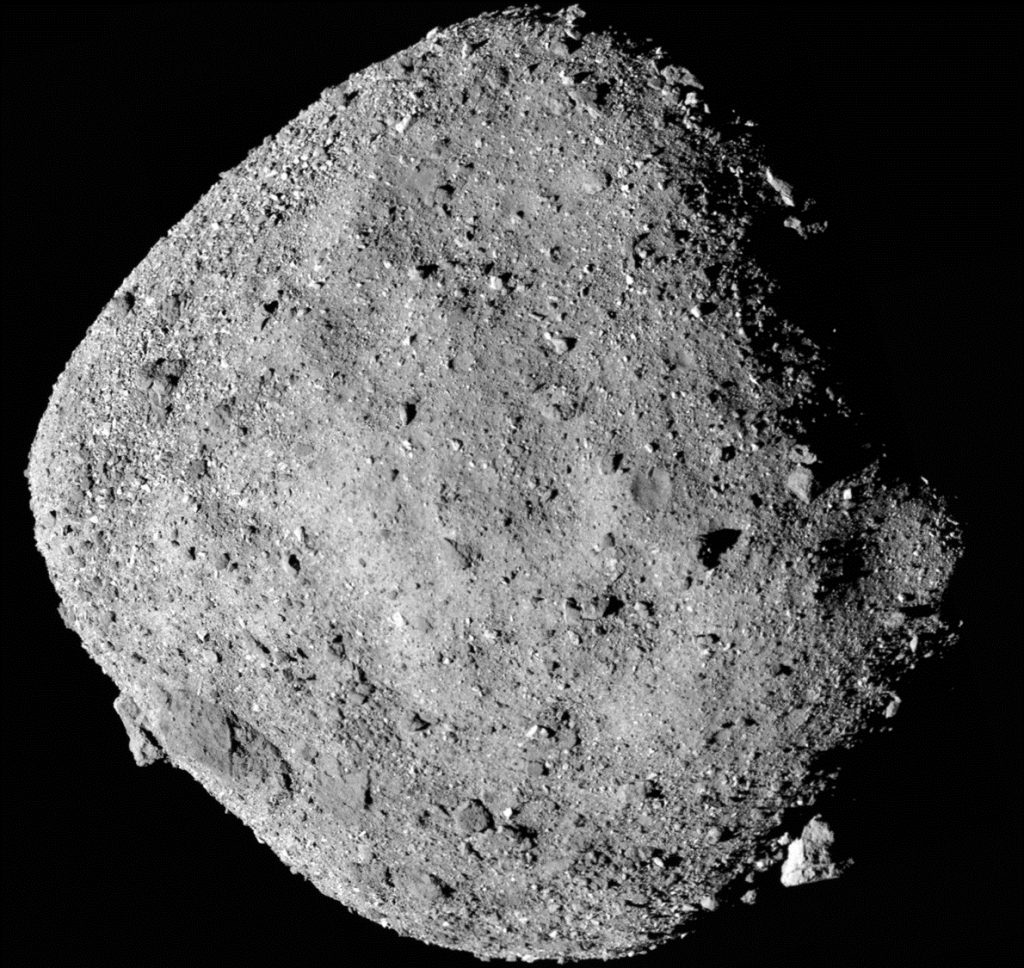 NASA’s first look at a tiny asteroid shows the space rock is more moist and studded with boulders than originally thought.

Scientists on Monday released the first morsels of data collected since their spacecraft Osiris-Rex hooked up last week with the asteroid Bennu, which is only about three blocks wide and weighs about 80 million tons. Bennu regularly crosses Earth’s orbit and will come perilously close in about 150 years.

There’s no liquid water on the asteroid, but there’s plenty of it in the form of wet clay. Project scientist Dante Lauretta of the University of Arizona said the blueish space rock is “a little more rugged of an environment than we expected,” with hundreds of 33-foot boulders, instead of just one or two.

There’s also a bigger 16-foot boulder on Bennu, which looks like two cones put together with a bulge on its waistline.

“There’s evidence of liquid water in Bennu’s past,” said NASA scientist Amy Simon. “This is great news. This is a surprise.”

Scientists think Bennu is a leftover from the beginning of the solar system. Lauretta said it looks like Bennu was once a chunk of a bigger asteroid that probably had water in it.

When Osiris-Rex starts orbiting Bennu in January — no easy feat since its gravity is 100,000 times less than Earth’s — it will be the smallest object that a human-made spacecraft has circled.

Scientists will spend a year scouting the space rock for a good location and then in 2020 it will dive close to the surface and a robotic arm will shoot nitrogen puffs into the soil and collect grains of dirt.

Those asteroid bits will be returned to Earth in 2023.

The $800-million Osiris-Rex mission began with a 2016 launch from Cape Canaveral, Florida. Its odometer read 1.2 billion miles as of last week. Both the spacecraft and asteroid’s names come from Egyptian mythology.