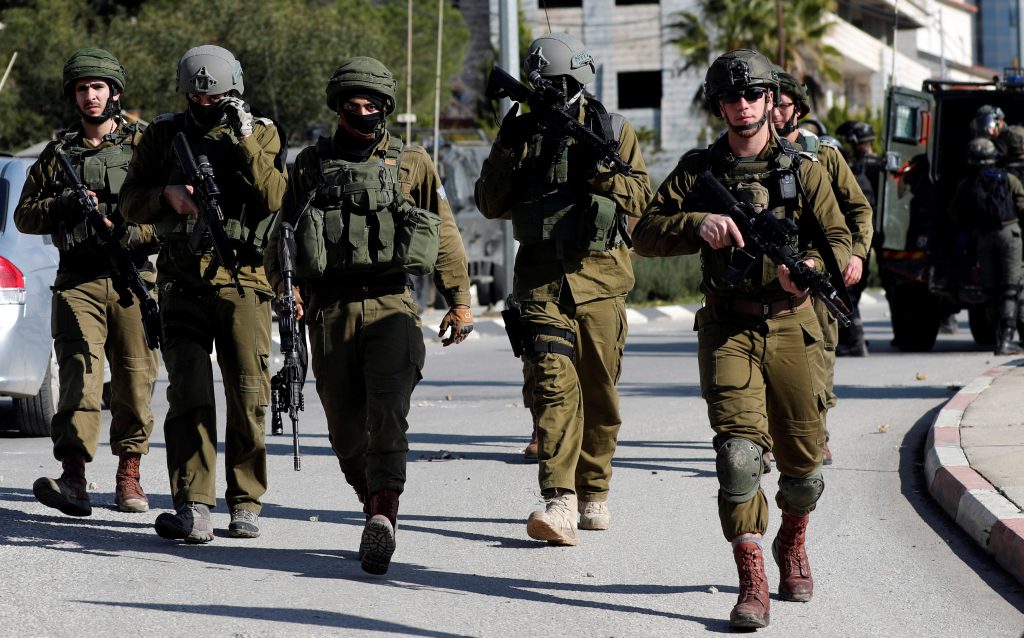 Israeli soldiers raided the offices of Palestinian news agency Wafa on Monday in the Ramallah, it said.

An Israeli military spokeswoman declined to comment on the report. It was unclear whether the raid was connected with an army search in Ramallah after a gunman believed to be a Palestinian shot seven Israelis outside Ofra on Sunday.

“They (the soldiers) raided the server room in the bureau and went through the camera recordings in the agency,” Wafa said on its website. “They withdrew from the agency’s office after they took copies of the security camera footage.”

Mobile phone video footage posted on the agency’s website showed five soldiers inside what appeared to be the Wafa newsroom, instructing employees to open one of the rooms in the office as another person is heard saying “the cameras are in there.”

The Israeli military said the vehicle used in the drive-by shooting at Ofra had Palestinian number plates and that its forces had mounted “extensive searches in the villages in the area as part of the hunt for the terrorists who committed the attack.”

Israeli soldiers were also seen operating inside Ramallah on Monday, requesting businesses hand over security camera footage. Clashes broke out in some areas between troops and Palestinians.