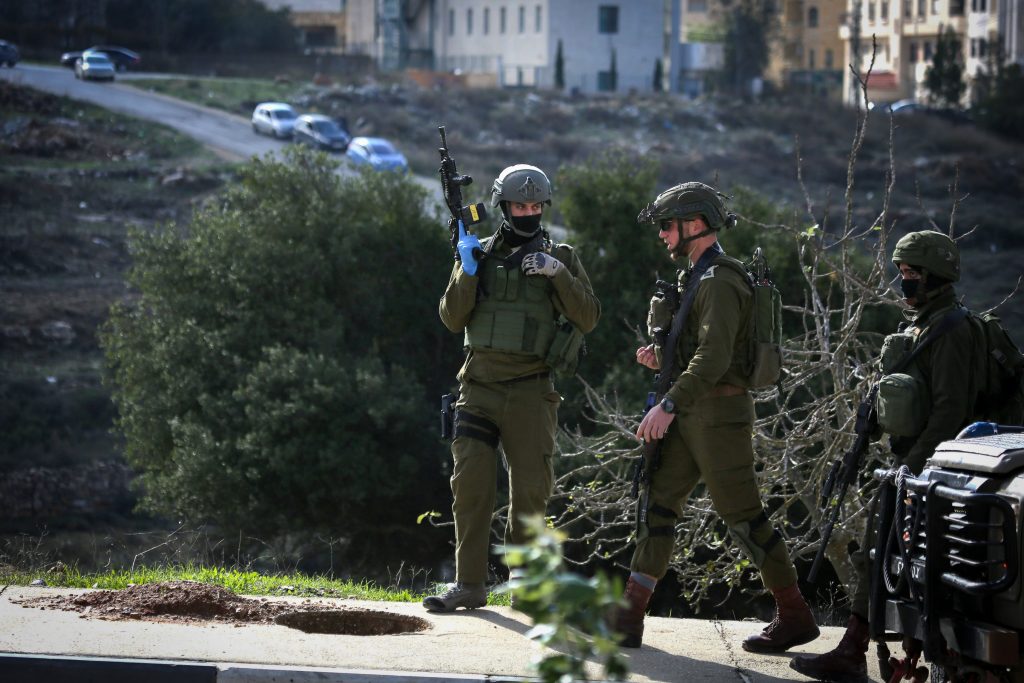 On Monday afternoon, the day after the Ofra shooting attack, a large numbers of IDF soldiers were seen operating in the center of the PA government seat of Ramallah.

An Israeli entry into the heart of Ramallah during the day is very unusual. According to the report, the forces entered the offices of the official PA news agency Wafa in Ramallah.