World ANALYSIS: Macron Addresses France Amid Protests; Is It Too Late?
World 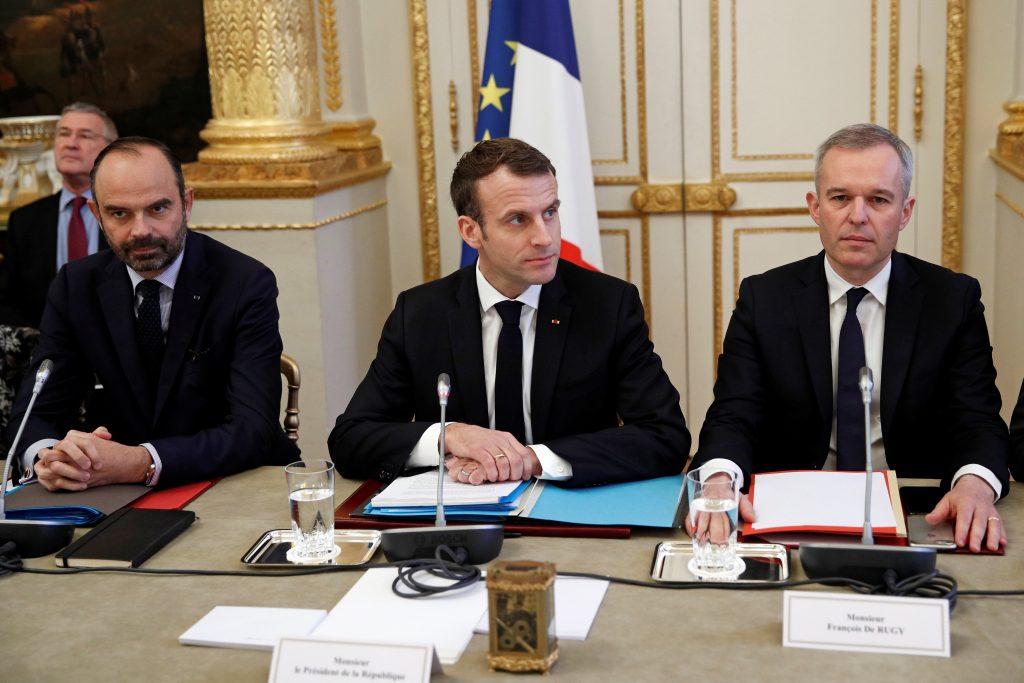 French President Emmanuel Macron is preparing to speak to the nation Monday at last, after increasingly violent and radicalized protests against his leadership and a long silence that aggravated the anger. Many protesters only want one thing: for him to declare “I quit.”

That’s an unlikely prospect. Instead Macron is expected to announce a series of measures to reduce taxes and boost purchasing power for the masses who feel his presidency has favored the rich. He’s being forced to act after four weeks of “yellow vest” protests that started in struggling provinces and spread to rioting in the capital that has scared tourists and foreign investors and shaken France to the core.

Macron met Monday morning in his presidential palace with local and national politicians, unions and business leaders to hear their concerns. In the evening, he will give a nationally broadcast address, his first public words in more than a week.

Among steps the government is considering are abolishing taxes on overtime, speeding up tax cuts and an end-of-year bonus for low-income workers. Finance Minister Bruno Le Maire said Monday the government could delay some payroll taxes, but expressed resistance to restoring the wealth tax or lowering taxes for retirees, among protesters’ demands. He stressed that the measures should focus on helping the working classes.

“We are ready to make any gesture” that works, he said on RTL radio. “What is important now is to put an end to the crisis and find peace and unity in the country again.”

Fallout from the protests so far could cost France 0.1 percent of gross domestic product in the last quarter of the year, Le Maire warned. “That means fewer jobs, it means less prosperity for the whole country,” he said.

The “yellow vest” protests began as a movement against a rise in fuel taxes that Macron eventually abandoned, but have mushroomed to include a plethora of sometimes contradictory demands — increasingly including Macron’s resignation.

“Macron is there for the rich, not for all the French,” 68-year-old retiree Jean-Pierre Meunuer said at Saturday’s protests in Paris.

Some members of the movement are already planning new action next Saturday.

Graffiti throughout the French capital singles Macron out for criticism, reflecting a national sense that the 40-year-old centrist former banker is arrogant and out of touch. Macron however has appeared determined to continue his course, and no presidential or parliamentary elections are planned until 2022.

Government spokesman Benjamin Griveaux warned Sunday that a “magic wand” won’t solve all the problems of the protesters.

Paris tourist sites reopened Sunday, while workers cleaned up debris from protests that left widespread damage in the capital and elsewhere. At least 71 people were injured in Paris on Saturday, fewer than the week before but still a stunning figure. French media reported 136,000 protesters nationwide on Saturday, similar to the previous week.

Nearly 1,000 people were being held in custody after the Saturday protests in the French capital.