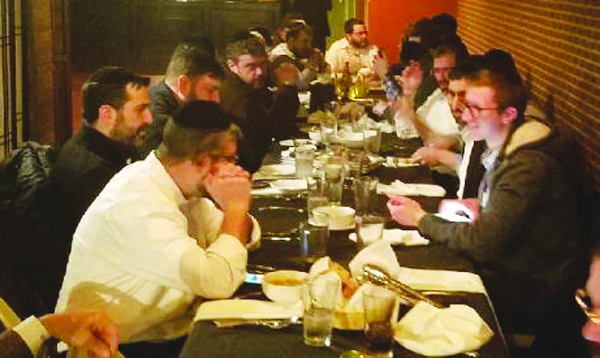 On Sunday, November 25, the volunteers and spouses of Chaverim Chicago, a project of The Chicago Center, were treated to a Member Appreciation Dinner.

Rabbi Efraim Twerski, spiritual leader of Congregation Khal Chasidim, personally thanked the members and the organization, as he and his wife had personally benefited from Chaverim Chicago.

He went on to relate a story of Harav Moshe Halberstam, zt”l, prominent posek and member of the Badatz of the Eidah Hachareidis in Yerushalayim. After he was niftar, the Rav came to his son in a dream and said that there was nothing more important in Shamayim than a Yid doing a chessed for someone else.

Over the past 10 years, Chaverim has responded to over 9,000 calls. The amount of dedication and chessed shown is tremendous. Each member has responded to calls in the cold, dark and rainy weather.

Each time, he responds with a willingness to help a fellow Jew, and each time with a smile. The Chicago community is very fortunate to have such a wonderful organization.