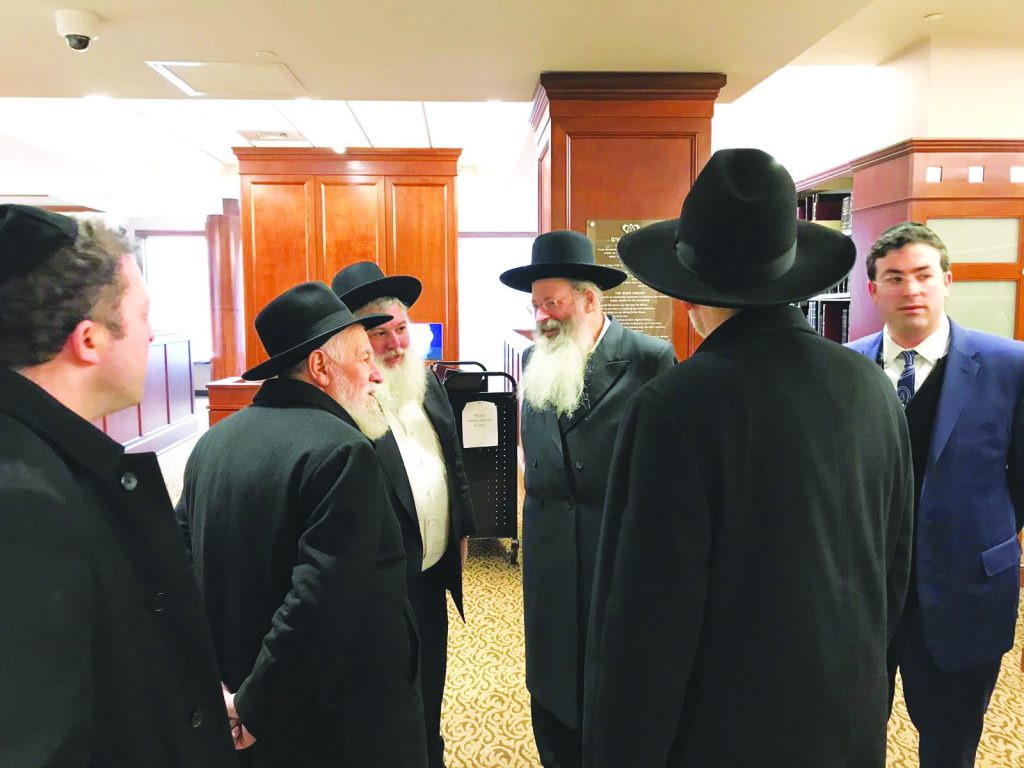 In the Herzka building, the Rosh Yeshivah Harav Malkiel Kotler, shlita, showed him the Klein Otzar, and Rabbi Binyomin Speigel, who runs all of Beth Medrash Govoha’s sefarim operations showed him several points of interest.

Chacham Harari-Raful also visited the offices of Shivti, which are also located in the Herzka building. Shivti’s executive editor, Rabbi Yosef Shaul Housman, showed him their publications, which they send out to approximately 100 chaburos around the world every week, as well as many more individuals.

Harav Raful was most impressed with what he saw, marveling at how the Shivti team managed to pack the entirety of a sugya into a learning curriculum anyone can access, allowing them to achieve a level of learning higher than they were previously able to reach.