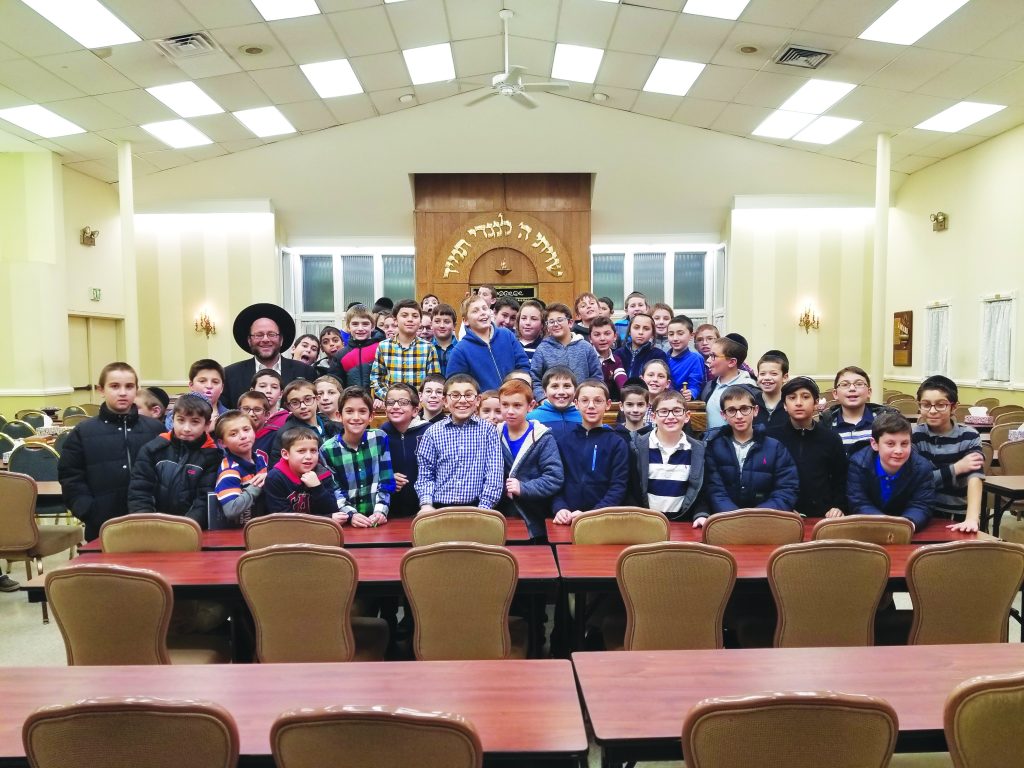 “Unbelievable! instead of nudging my son to learn he’s nudging me!” “I can’t believe that Moshe took the initiative to find a chavrusa!”

These are some of the comments heard by parents in regard to their sons’ participation in Chaburas Ratz L’Mishnah, the newest program of Rabbi Zvi Schwartz.

Chaburas Ratz L’Mishnah is a learning program designed for fourth- and fifth-graders, who come to the Agudath Israel of Park Heights each Wednesday night, from 6:30 to 7:15, to learn Mishnayos with their father, grandfather or a chavrusa.

After learning, raffle prizes are distributed, and refreshments are enjoyed, sponsored by Dr. and Mrs. Shmuel Markovitz. Extra prizes are given to boys who complete masechtos. With much siyatta diShmaya, the program has been off to a great start.

The program, which is under the auspices of Pirchei Agudath Israel of Baltimore, is the brainchild of Rabbi Zvi Schwartz, who is known in Baltimore for his efforts in organizing innovative learning programs for the boys of the community.

For a few years, Rabbi Schwartz has been directing learning programs for seventh- and eighth-grade boys at the Agudah, and some younger boys approached him and asked for a program of their own.

“Part of the goal is to show the boys that learning is not just for school. They are motivated to learn extra Mishnayos, outside of yeshivah,” explains Rabbi Schwartz. “Ein haTorah nikneis eleh b’chaburah — Torah learning is much better in a beis medrash setting, and these boys also need that. I saw that there was a great need for such a program.”

The program was first announced at the Pirchei hasmadah banquet held a few weeks ago, attended by about 700 boys. More recently, flyers were distributed in local day schools, and last week, over 100 boys from across the community came to learn. Some boys came with a father or grandfather, but many came with a chavrusa, and they all learned beautifully together, producing a tremendous kol Torah.

“Many successful programs have started in the Agudah, and then spread to other shuls,” notes Rabbi Schwartz. “This is a new concept in the community and I hope it will spread as well. The boys are excited to have a program that is designed especially for them. We need more opportunities for the boys in the evenings, so that they see that Torah is geshmak, not just in Olam Haba, but in Olam Hazeh as well!”

One participant, Nachum Aryeh Glazer, remarked, “It is simply amazing. There was no room in one beis medrash so we had to go to another, and they were both full. We are all excited to go! Boys from both TI and TA attend and the nosh is awesome too!”

His father, Rabbi Chaim Glazer, related, “What Reb Zvi has single-handedly accomplished in only a few weeks is astounding. We now have scores of boys who go once a week to learn extra, with a nice snack, cookies or slushies, because Reb Zvi excited them and showed them a love of learning and the geshmak for being a pre-bar mitzvah Yid.

“Reb Zvi has added programs to the Agudah that bring hundreds of boys to learn seriously b’chavrusa, with a smile, geshmak and hislahavus. What a kiddush Hashem exists at the Agudah of Park Heights several nights a week! Hakadosh Baruch Hu is smiling.”