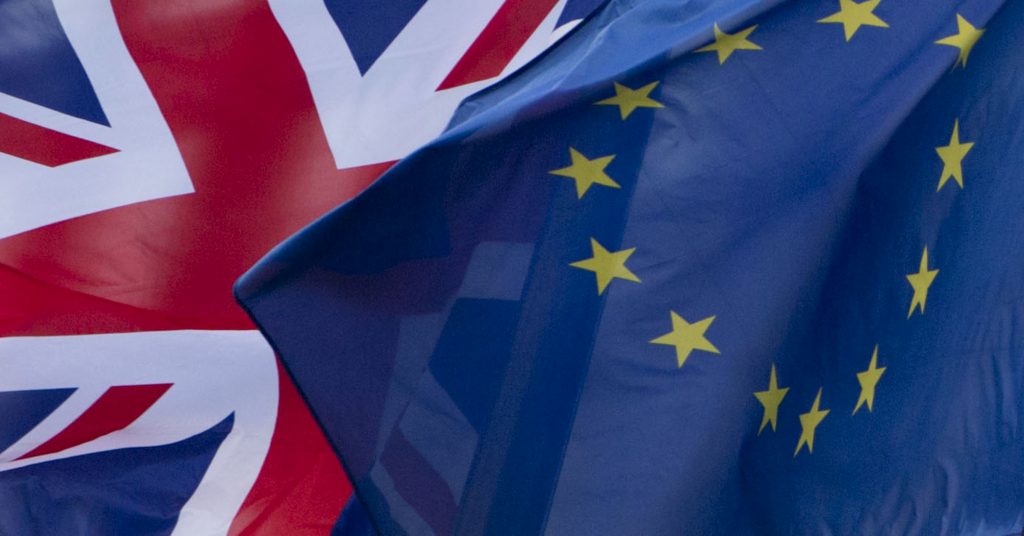 Facing almost certain defeat, British Prime Minister Theresa May on Monday postponed a vote in Parliament on her Brexit deal, saying she would go back to European Union leaders to seek changes to the divorce agreement.

With EU officials adamant the withdrawal deal is not up for renegotiation, PM May’s move threw Britain’s Brexit plans into disarray, battered the pound and intensified the country’s political crisis.

Two-and-a-half years after Britain voted to leave the EU, and with departure just over three months away on March 29, the country does not know on what terms it will leave — and whether May will still be Britain’s leader when it does.

In an emergency statement to the House of Commons, May accepted that the divorce deal she struck last month with EU leaders was likely to be rejected “by a significant margin” if the vote were held Tuesday as planned.

PM May said she would defer the vote so she could seek “assurances” from the EU and bring the deal back to Parliament. She did not set a new date for the vote.

Lawmakers from the opposition — and from May’s Conservative Party — were incredulous.

“The government has lost control of events and is in complete disarray,” said opposition Labour leader Jeremy Corbyn.

It was a new blow for May, who became prime minister after Britain’s 2016 referendum decision to leave the EU. She has been battling ever since — first to strike a divorce deal with the bloc, then to sell it to skeptical British lawmakers.

May insisted the agreement hammered out with the EU after a year and a half of negotiations was “the best deal that is negotiable.” But it has been scorned by lawmakers on all sides of Britain’s debate about Europe.

Derisive laughter erupted in the House of Commons when May claimed there was “broad support” for many aspects of the deal.

Pro-Brexit lawmakers say the deal keeps Britain bound too closely to the EU, while pro-EU politicians say it erects barriers between the U.K. and its biggest trading partner and leaves many details of the future relationship undecided.

The main sticking point is a “backstop” provision that aims to guarantee an open border between EU member Ireland and the U.K.’s Northern Ireland after Brexit. The measure would keep Britain under EU customs rules, and is supposed to last until it is superseded by permanent new trade arrangements.

Critics say it could leave Britain tied to the EU indefinitely, unable to strike new trade deals around the world.

PM May said she would hold talks with EU leaders ahead of a summit in Brussels on Thursday and Friday, seeking “further reassurances” over the backstop.

“Nothing should be off the table,” she said.

EU leaders signaled they are prepared to help Britain, up to a point, but insisted the Brexit agreement could not be changed.

“The deal is the deal,” Irish Foreign Minister Simon Coveney said. “It’s taken two years to put together. It’s a fair deal for both sides.”

European Council President Donald Tusk tweeted: “We will not renegotiate the deal, including the backstop, but we are ready to discuss how to facilitate U.K. ratification.”

“The only net result of this round of capitals will be an additional amount of CO2 in the atmosphere,” he said.

Despite May’s dogged determination to press on, the tumult leaves her in a precarious position. Conservative rivals are preparing for a potential leadership challenge, and Labour has threatened call for a no-confidence motion in the government.

Scottish First Minister Nicola Sturgeon said her Scottish National Party would support an attempt to topple the government and trigger a new election.

“This shambles can’t go on — so how about it?” Sturgeon tweeted at Corbyn.

Corbyn stopped short of calling a no-confidence vote Monday, but said if May could not renegotiate with the EU, “then she must make way.”

Delays in approving the Brexit deal increase the chances of Britain crashing out of the EU with no agreement. The government and the Bank of England have warned that could bring logjams to British ports and plunge the country into its deepest recession in decades.

May said the government would step up preparations for a no-deal Brexit in order to mitigate its worst effects. It has already stockpiled medicines and other key goods.

Carolyn Fairbairn, head of the Confederation of British Industry, said the delay was “yet another blow for companies desperate for clarity.”

“Investment plans have been paused for two-and-a-half years,” she said. “Unless a deal is agreed quickly, the country risks sliding towards a national crisis.”

PM May has also warned that rejecting her deal could result in Britain not leaving the EU at all.

Some campaigners in the U.K. want just that. They got a boost Monday when the EU’s top court ruled that Britain can change its mind over Brexit if it wants.

Britain invoked Article 50 of the EU’s Lisbon Treaty in March 2017, triggering a two-year exit process. A group of Scottish legislators had asked the European Court of Justice to rule on whether the U.K. could pull out of the withdrawal procedure on its own.

The court said Monday that when an EU member country has notified the bloc of its intent to leave, “that member state is free to revoke unilaterally that notification.”

May has repeatedly said the government will not seek to delay or reverse Brexit. She said Monday that Parliament had a duty to “get Brexit done and get it done right. ”

And she urged lawmakers to unite in a spirit of conciliation — a plea that has, so far, fallen on deaf ears.

“There will be no enduring and successful Brexit without some compromise on both sides of the debate,” May said.