Israel Over 7,500 Daven at Mekomos Kedoshim in Yehudah and Shomron
Israel 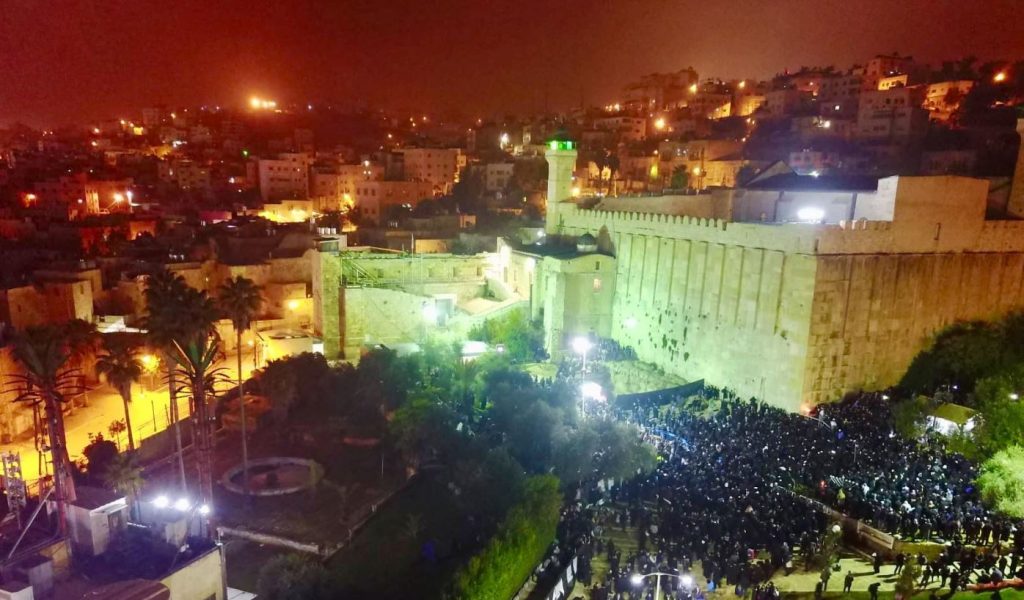 On the last night of Chanukah, candles were lit and Jews came to daven at a number of mekomos kedoshim in Yehudah and Shomron around which Arab villages have sprung up. Among them were the old city of Beit Tsur on the outskirts of Halhoul, north of Chevron, and the ancient synagogue located in the village of Samu’a in the south Chevron Hills, as well as Me’aras Hamachpelah. About 7,500 people participated in davening at the locations.

About 1,000 people were davening at Kever Yosef, accompanied by security forces who fended off numerous Arab rioters who attempted to reach mispallelim. Arabs have vandalized and set fire to Kever Yosef numerous times since the signing of the Oslo Accords, most notably in 2000, 2003, 2008, and 2014. Between 2003 and 2009, the site remained desolate, until Israel and the PA reached an accord on refurbishing the site in 2010. Currently, Jews are allowed to visit Kever Yosef once a month – usually on Erev Rosh Chodesh – to daven.