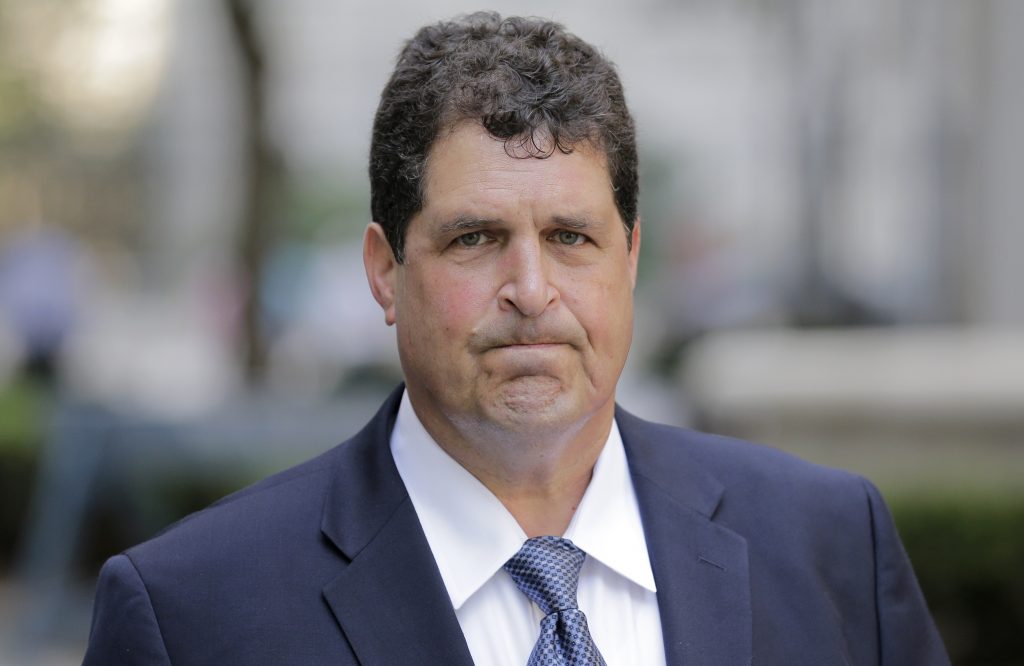 A real estate executive was sentenced to three years in prison Friday for his role in schemes to bribe a former top aide to Gov. Andrew Cuomo and to cheat his way to a slice of the state’s ambitious Buffalo Billion development project.

He was convicted of conspiracy and wire fraud after an investigation that also led to the conviction of Joseph Percoco, a former top Cuomo aide. The Democrat was not charged and he has denied knowledge of bribes paid to a man he has likened to a brother. The corruption trials have portrayed the inner workings of his office in an unflattering light.

In September, Percoco was sentenced to six years in prison for accepting more than $300,000 from companies that wanted to gain influence with the Cuomo administration.

Friday’s sentencing came a day after Caproni ordered one of Aiello’s fellow executives, Joseph Gerardi, to serve 2½ years in prison for his role in corrupting the Buffalo Billion project, which was designed to spur economic development upstate.

The judge acknowledged COR Development’s success, but said the evidence she viewed at two trials this year made her wonder whether the company does well because it “does a really good job or because at least two of COR’s executive team were so willing to cheat to get ahead.”

Caproni noted that the courtroom was packed with many of the 68 people who drove from Syracuse to support Aiello. She also cited 220 letters from friends and family members who described a man always striving to do right.

“The letters leave me wondering what happened to this defendant,” the judge said.

She said evidence showed Aiello enabled a $35,000 bribe to Percoco “to secretly put one of the most powerful men in New York State government on COR’s payroll” and efforts to rig bidding for a $100 million construction job in Syracuse from the Buffalo Billion project.

She also criticized him for throwing a “temper tantrum” to force the state to give his “barely out of college” son a raise from his $56,000 salary in the governor’s office.

Aiello told Caproni he was advised not to speak pending an appeal. His lawyer, Scott Iseman, called him a “remarkable man.”

“You cannot live in Syracuse and not know what he was charged with and what the jury found,” he said.

Assistant U.S. Attorney Robert Boone said Aiello was the “quintessential example of a wealthy private citizen having a public official in his pocket.”

“All of this was done for $35,000,” the prosecutor said, adding that the case had components of crimes more common in third world countries.

He said a relatively small amount of money had opened “up the floodgates to corruption in a way that the government views as scary.”