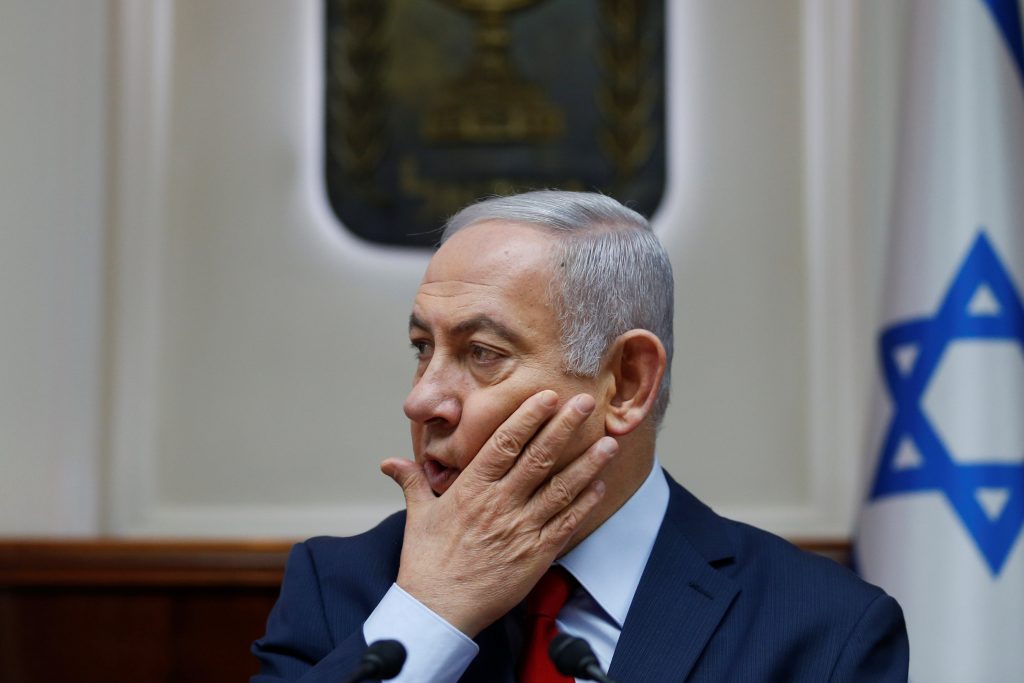 An overwhelming majority of Israelis are dissatisfied with Prime Minister Binyamin Netanyahu’s handling of Hamas, even though he continues to have a commanding lead in polls over rival candidates for his job, according to the latest poll.

The monthly Peace Index survey published findings on Sunday that 76 percent of Jewish Israelis think the Netanyahu administration failed when dealing with Hamas; among Israeli-Arabs, the number is 82 percent, though possibly for different reasons.

More than three-quarters of PM Netanyahu’s own right-wing constituency—73 percent—also think his handling of the border crisis was inadequate. Among those who hold centrist views, the number is even higher at 77 percent, and 88 percent on the left.

Yet, Netanyahu continues to be the strongest candidate for the next premiership, as 46 percent said they believe he is most qualified. Second in the polling was former IDF chief of staff Benny Gantz, with 39 percent favoring him to succeed PM Netanyahu in the next elections. This, despite the fact that Gantz has never held elective office and has not made his position known on the major issues confronting the nation.

Despite frustration with the civilian leadership, the IDF enjoys high levels of approval among Jewish-Israelis. 78 percent of those with left-wing views say it responded well in the recent Gaza security clashes, while 75 percent of those holding centrist views agreed with the statement. Only 63 percent of those on the right concurred.

By contrast, only 14 percent of Arab-Israelis approved of the military’s performance in the crisis.

The decision by the Netanyahu administration to seek a ceasefire with Hamas and not to launch a massive ground operation in the Gaza Strip was seen by 48 percent of Jewish-Israelis as wrong, as opposed to 43 percent claiming it was right. However, 38 percent of right-wingers support the decision; 47 percent among those who hold centrist views and 87 percent among those who hold left wing views do so. 70 percent of Arab-Israelis support the decision.