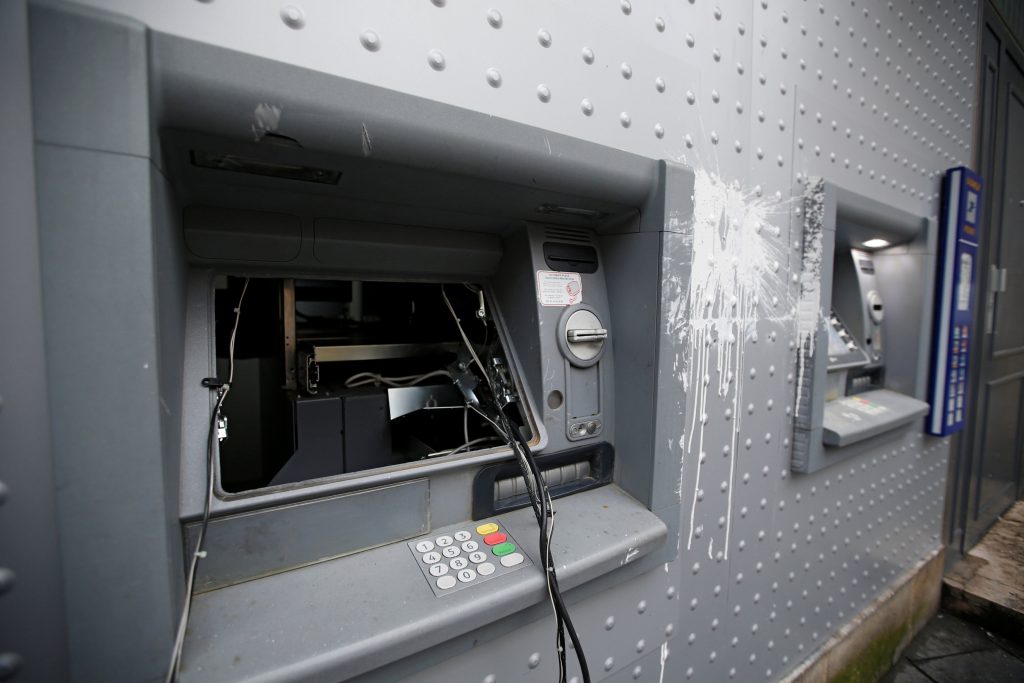 Paris tourist sites reopened, workers cleaned up broken glass and shop owners tried to put the city on its feet again Sunday, a day after running battles between yellow-vested protesters and riot police left 71 injured and caused widespread damage to the French capital.

The man who unleashed the anger, President Emmanuel Macron, broke his silence to tweet his appreciation for the police overnight, but pressure mounted on him to propose new solutions to calm the anger dividing France.

The number of injured in Paris and nationwide was down Saturday from protest riots a week ago, and most of the capital remained untouched. Still, media footage broadcast around the world of the violence in Paris neighborhoods popular with tourists is tarnishing the country’s image.

France deployed some 89,000 police but still failed to deter the determined protesters. Some 125,000 yellow vests took to the streets Saturday around France with a bevy of sometimes contradictory or incoherent demands related to high living costs and a sense that Macron favors the elite and is trying to modernize the French economy too fast.

Some 1,220 people were taken into custody around France, the Interior Ministry said Sunday — a roundup the scale of which the country hasn’t seen in years. French police frisked protesters at train stations around the country, confiscating everything from heavy metal petanque balls to tennis rackets — anything that could remotely be used as a weapon.

The Eiffel Tower and Louvre Museum reopened Sunday after closing in fear of Saturday’s rioting. Shops assessed the looting damage Sunday and cleared out broken glass, after shutting down on a Saturday at the height of the holiday shopping season.

Fierce winds and rain pummeled Paris overnight, complicating efforts to clean up the debris left after protesters sought any objects they could find to hurl at police or set on fire.

Police and protesters also clashed in other French cities, notably Marseille, Toulouse and Bordeaux, and in neighboring Belgium. Some protesters took aim at the French border with Italy, creating huge traffic jams on both sides of the border. Some 135 people were injured nationwide, including the 71 in Paris.

Saturday’s protests were a direct blow to Macron, who made a stunning retreat last week and decided to abandon the fuel tax rise that initially prompted the yellow vest protest movement a month ago.

His turnaround damaged his credibility with climate defenders and foreign investors and earned derision from President Donald Trump, an opponent of the 2015 Paris climate change accord that Macron has championed worldwide.

Yet it did nothing to cool tempers of the “gilets jaunes,” the nickname for crowds wearing the fluorescent yellow vests that all French motorists must keep in their cars.

The disparate movement now has other demands, from taxing the rich to raising the minimum wage to having the 40-year-old Macron, a former banker and economist, hand in his resignation.