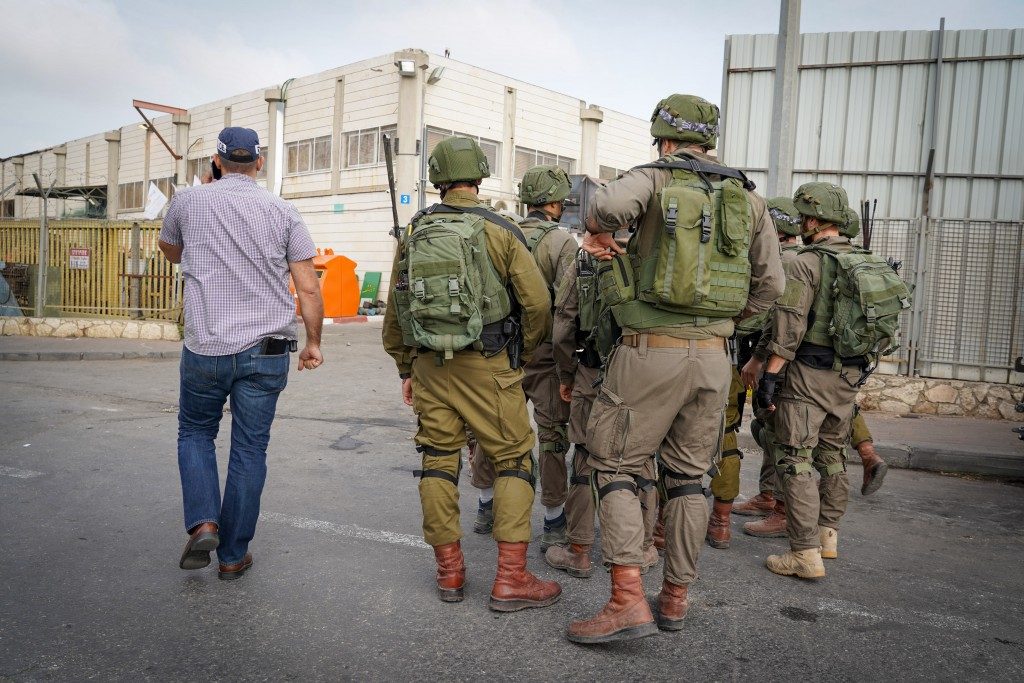 There has been a “dramatic development” in the search for Ashraf Nalaweh, the terrorist murderer of Ziv Hajabi, Hy”d, and Kim Levengard Yechezkel, Hy”d, in October’s terror attack in the Barkan industrial zone near Ariel. A senior security official involved in the search told Yediot Achronot that it was just a matter of time before the terrorist was captured.

In the attack, Nalaweh murdered Hajabi and Yechezkel in the offices of Alon Metal Works in the Barkan industrial zone, where he worked. Nalaweh arrived for work in the morning, carrying with him an assault rifle hidden under his clothing. As a regular employee with a work permit, he was admitted to the grounds of the industrial zone without too much scrutiny, security officials told Yediot Achronot.

There has been an intensive search for Nalaweh over the past weeks, but as yet security forces have been unable to find him. Searches have concentrated on the Tul Karem area, as well as in the Shechem area, where Nalaweh was thought to have fled to, as he has relatives there. He is considered armed and dangerous, but officials believe it is only a matter of time. “He can’t hide out forever, and when he surfaces we will be there to capture him,” security officials told Hadashot News. “We are keeping the pressure on to make sure he runs out of options and is unable to organize a long-term effort to remain underground.”

Officials told the newspaper that security officials were concerned that Nalaweh could resurface and commit another terrorist attack. According to the officials, he has been doing “a very good job of hiding, but he knows he will be caught eventually.” In order to “go out in a blaze of glory, he may try to carry out another attack.

A demolition order was issued last month for the home of Nalaweh. Generally, demolition orders are issued only after the terrorist has been caught and either confesses or is convicted of a crime, in order to avoid legal action and the involvement of the High Court by the families. In this case, however, there is enough evidence to tie Nalaweh to the crime even if he is still at large.