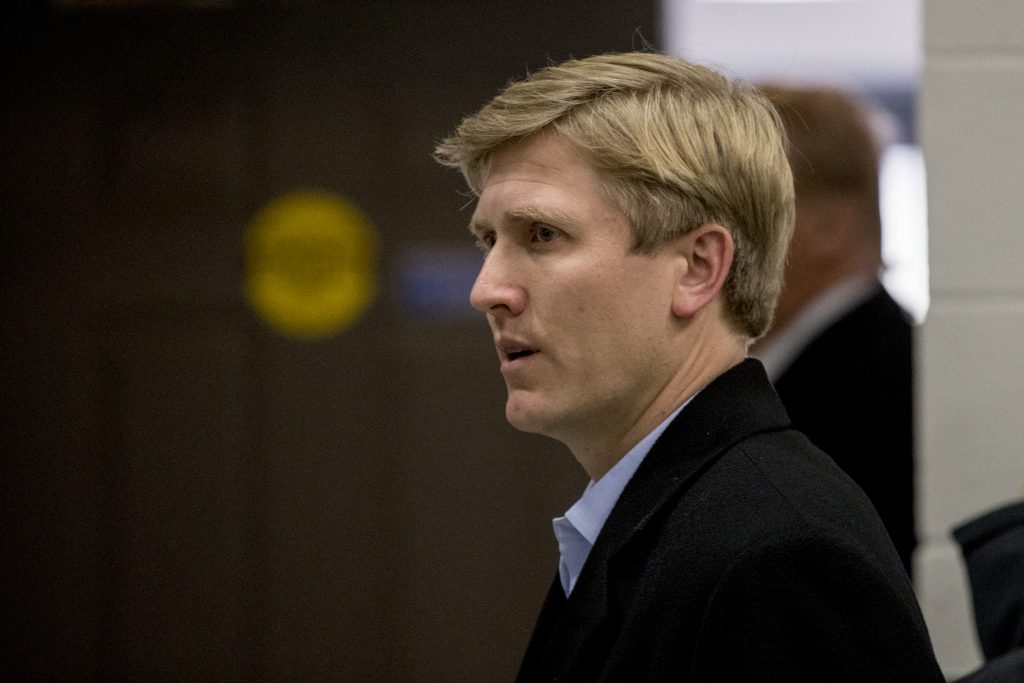 Ayers, who is chief of staff to Vice President Mike Pence, was seen as the favorite for the job when Trump announced Saturday that Kelly would leave around year’s end. But a White House official said Sunday that Trump and Ayers could not reach agreement on Ayers’ length of service and that he would instead assist the president from outside the administration.

Ayers confirmed the decision in a tweet Sunday, thanking Trump and Pence for giving him the opportunity to work in the White House. “I will be departing at the end of the year but will work with the #MAGA team to advance the cause,” he said.

It was not immediately clear whether Trump had a new favorite for the post. The official was not authorized to discuss the personnel issue by name and spoke on condition of anonymity.

Ayers and Trump had discussed the job for months. The new hire was to be key to a West Wing reshuffling to shift focus toward the 2020 re-election campaign and the challenge of governing with Democrats in control of the House.

Trump wants his next chief of staff to hold the job through the 2020 election, the official said. Ayers, who has young triplets, had long planned to leave the administration at the end of the year, and had only agreed to serve in an interim basis through next spring.

Ayers will run a pro-Trump super PAC, according to a person familiar with his plans who was not authorized to discuss them by name.

Trump said Saturday that he expected to announce a replacement for Kelly in a day or two.

With Ayers out of the running, Trump is considering four candidates for the post, including Office of Management and Budget director Mick Mulvaney, according to a person familiar with the president’s thinking. He is to make a decision by the end of the year, said the person, who was not authorized to discuss the personnel issue by name.

Kelly, whose last day on the job is set to be Jan. 2, had been credited with imposing order on a chaotic West Wing after his arrival in June 2017 from his post as homeland security secretary. But his iron first also alienated some longtime Trump allies, and over time he grew increasingly isolated, with an increasingly diminished role.