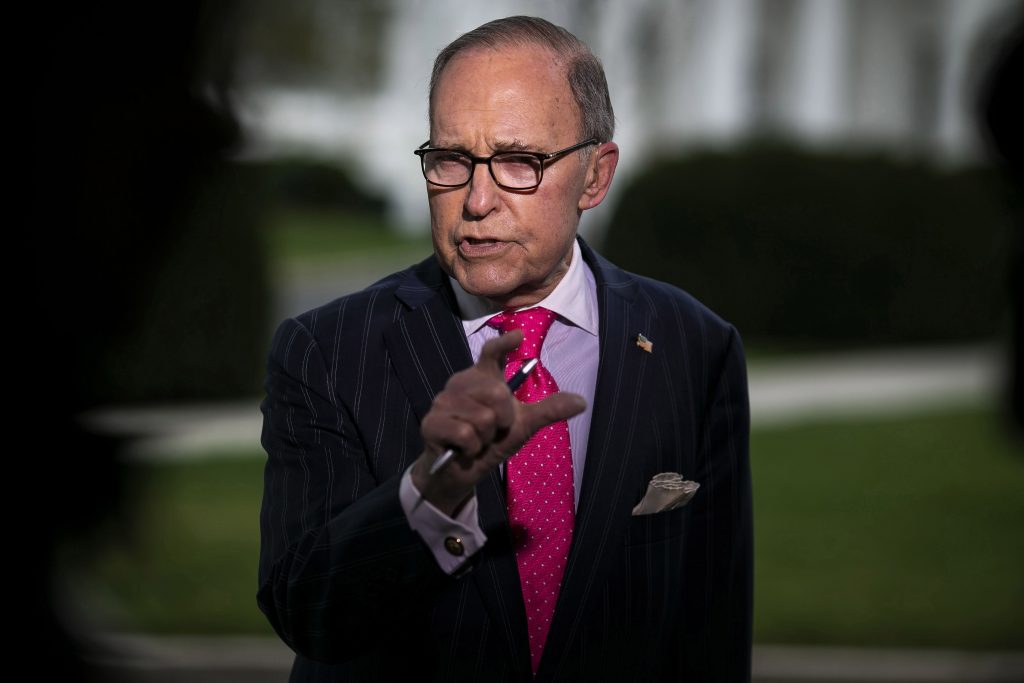 President Donald Trump was not aware of the unusual arrest of a major Chinese technology executive when he sat down to dinner recently with Chinese President Xi Jinping, according to White House economic adviser Larry Kudlow.

Huawei Technologies Chief Financial Officer Meng Wanzhou was arrested in Canada on Dec. 1 on a U.S. extradition warrant. Huawei is suspected of evading American sanctions on Iran, a possibility that U.S. prosecutors have been investigating since 2016.

The arrest was made on the same day that Presidents Trump and Xi met for dinner amid high-level trade and national security talks in Buenos Aires. An unnamed senior U.S. official with direct knowledge of the matter told The Washington Post last week that Trump learned of the arrest only after the meal had concluded and reacted with intense anger.

Kudlow agreed that Trump did not know about the arrest at the time but said he was not angry on learning about it after the dinner.

“He did not know,” Kudlow said Sunday on Fox News. “He did not know, and he had no reaction afterward. … He didn’t know. I’ll just state that unequivocally. He learned way later.”

The arrest is seen as threatening a resolution to the U.S.-China trade war.

Asked whether he could guarantee that Meng will not be released as a negotiating tactic, Kudlow said no.

“I can’t guarantee anything,” he said. “This is a DOJ, NSC, law-enforcement issue,” referring to the Justice Department and the National Security Council.

Kudlow played down the confusion that emerged from the talks in Buenos Aires.

“When you piece it together, Chris, there are a lot of good things out there, and I think sometimes it gets lost in the shuffle,” he told host Chris Wallace. “China’s commerce department issued some very positive, promising statements.”