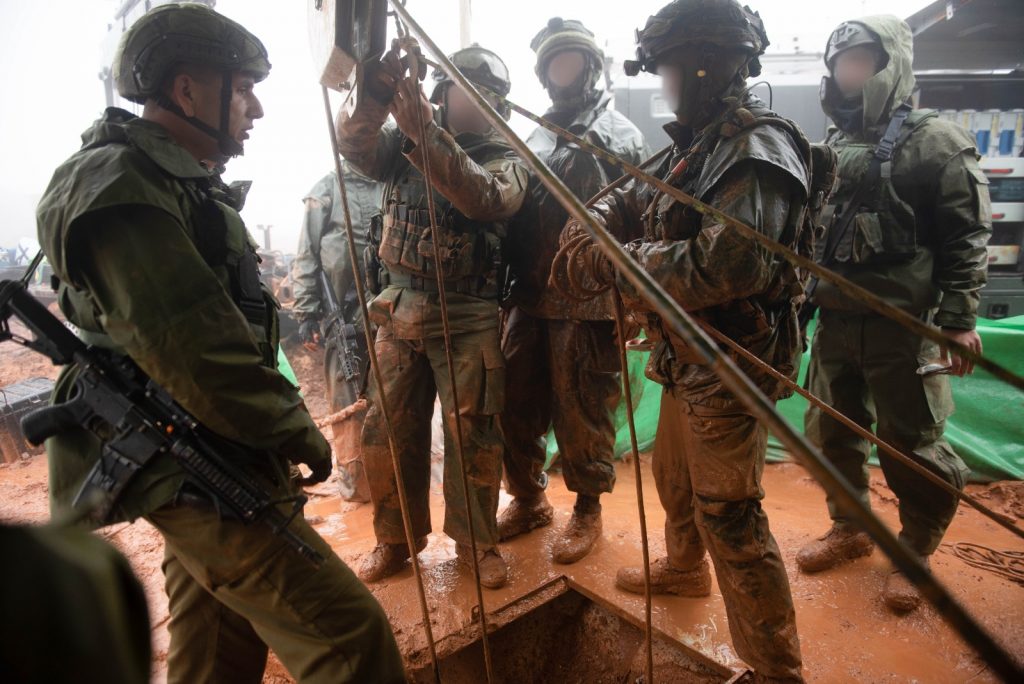 Operation Northern Defense, the IDF operation to find and neutralize Hezbollah terror tunnels in northern Israel, is being conducted under tight security conditions – there are many senior IDF officials who are unaware of the specifics of the operation, Walla News reported. The concern is that details about how and where the army is operating will leak out, and aid Hezbollah in somehow protecting its massive investment in the tunnel program.

IDF officials were quoted by Walla News as saying that they have detected attempts by Hezbollah to acquire details about the Israeli operation ever since it was announced, including information about the location of the operation, the engineering methods being used, and so on. As a result, security has been upgraded significantly. Members of the engineering teams in the field have been told not to contact family members, and to refrain from using their cellphones, lest their exact location be detected.

With that, the report said, the IDF is operating 24 hours a day to find additional tunnels, besides the two that were already discovered. The objective is to find the tunnels as soon as possible – and for that purpose, the report said, IDF Chief of Staff Gadi Eisenkott has authorized several civilian companies to assist in the army’s efforts. With the weather rainy and foggy over the past several days, IDF brass are concerned that Hezbollah may take steps to prevent Israeli forces from neutralizing the tunnels – perhaps by booby-trapping them – and thus finding them as soon as possible has become a priority.

The IDF is looking for civilian assistance in drilling solutions, to enable boring through the bedrock that is a geographical feature of the area. While that work has been ongoing, the army is seeking to speed up the process as much as possible, the report said. Representatives of companies have been invited to a meeting Sunday, with a tour of the border and an explanation by IDF engineering experts of the problems that need to be solved.

Over the weekend, the IDF announced that it had found a second tunnel, in addition to the one discovered previously, details of which were revealed last week, with an exit to the tunnel inside the northern community of Metulla. The IDF did not reveal details of the second tunnel, including where it exited in Israel. At least one more tunnel is known to exist, and the army is searching for it.

Speaking Sunday, Housing Minister Yoav Galant told Army Radio that one of the reasons that the IDF chose to reveal the existence of the tunnels and commence on the operation to destroy them was because of fear of leaks. “The operation was already known in the media, and there was concern details that could help Hezbollah would leak through.” By revealing the existence of the operation, the IDF was able to control the information, he said.