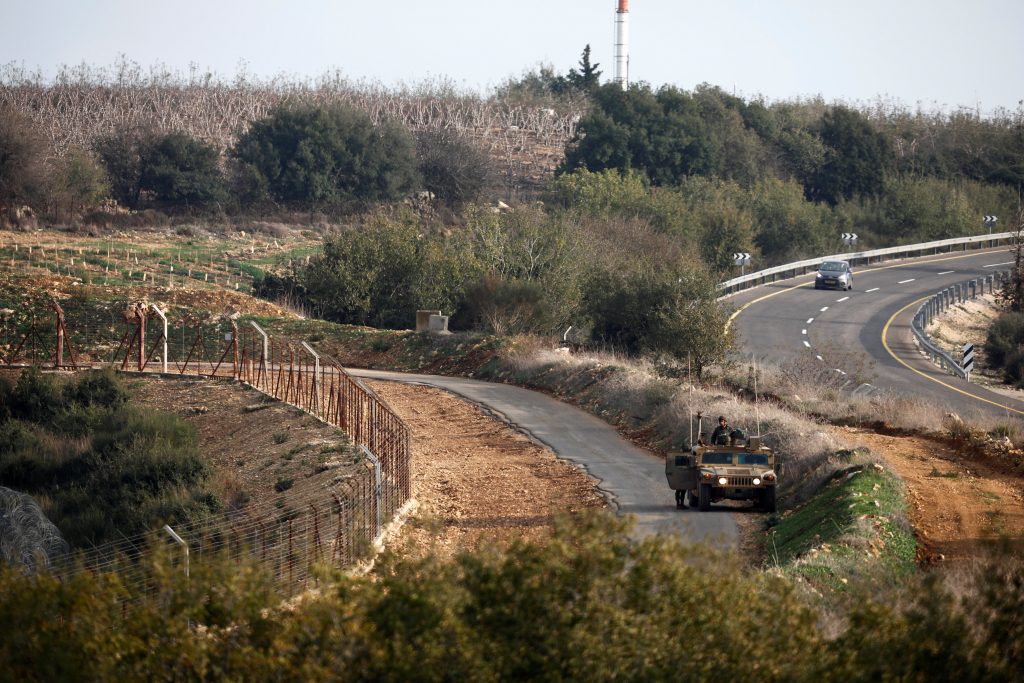 Hezbollah terrorists photographed Israeli soldiers marking the borderline of an enclave beyond the perimeter fence at the Lebanese-Israeli border, images which were then shown on the Lebanese channel Al-Manar on Sunday.

The enclave, one of several along the border, is under Israeli sovereignty, however disputed by Lebanon. The official borderline in these areas is unclearly defined and under dispute. IDF troops conduct periodic patrols in these enclaves, usually on foot, and covert activities, according to Ynet on Sunday.

The pictures, which were shot during Operation Northern Shield were evidently taken at close range by Hezbollah terrorists.

The channel claimed that the Lebanese army raised an alert on the border, near the town of Meiss Ej Jabal, after IDF soldiers attempted the demarcation without the presence of Lebanese army personnel.

According to the report, the Israelis retreated when the Lebanese soldiers approached. The IDF soldiers then proceeded to place steel border markers a few yards away from the fence.

Afterwards, a “team of geographic surveyors” from the Lebanese army arrived at the scene to inspect the marking of the border.

IDF officials reportedly have revised their estimate of the duration of Operation Northern Shield from several weeks to several months.