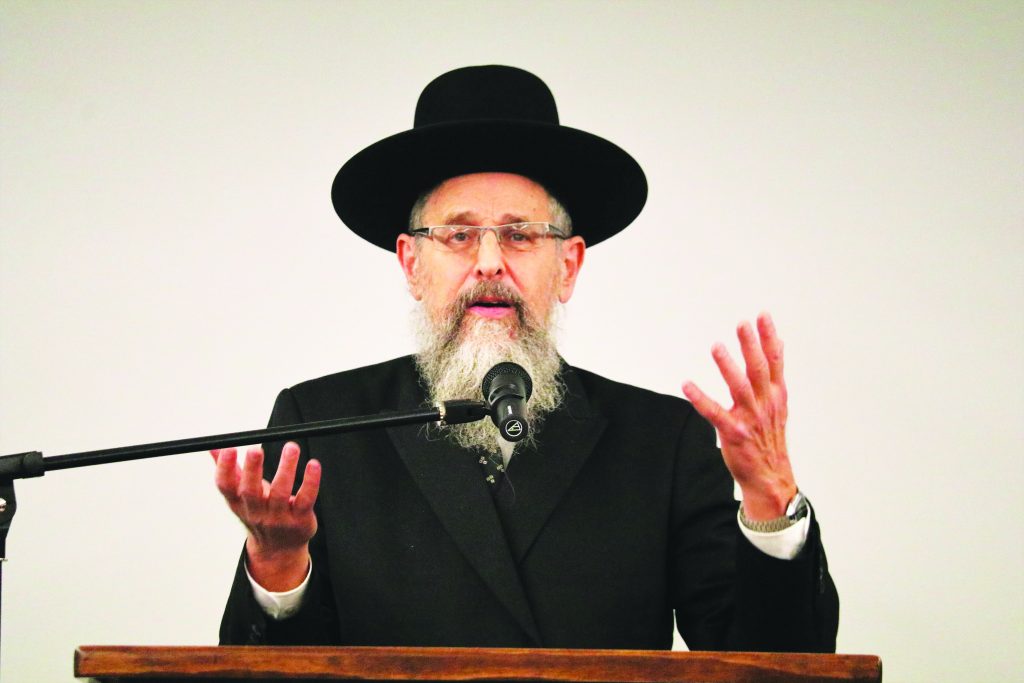 Yeshiva of Cleveland, an affiliate of Yeshivas Chofetz Chaim in Queens — Rabbinical Seminary of America was established last year, in association with Bais Chinuch Harav Dessler/Hebrew Academy of Cleveland.

Rabbi Simcha Dessler, Menahel of Hebrew Academy of Cleveland, together with Harav Elya Brudny, S’gan Yoshev Rosh of the mosad’s Vaad Hachinuch approached the Roshei Yeshivah of Yeshivas Chofetz Chaim, Harav Dovid Harris, shlita, and Harav Akiva Grunblatt, shlita, and asked if they would consider creating a yeshivah affiliate in association with the school in Cleveland.

Now in its second year, the yeshivah has seen tremendous success, with siyatta diShmaya. There are 53 talmidim in grades nine through 11, including nine talmidim from out of town. The yeshivah is looking forward to continued growth, with an anticipated enrollment of 70 bachurim for the next school year, and ultimately, hopes to open a beis medrash.

Yeshiva of Cleveland and HAC operate as independent institutions, yet share a very strong association that capitalizes on the infrastructure and resources that HAC has developed through decades of chinuch in Cleveland.

Many graduates of HAC have enrolled in the ninth grade of Yeshiva of Cleveland. “It has become a win-win-win situation,” explains Rabbi Davidowitz. “For us, for HAC, and for the community.”

Now, the HAC and the YOC have jointly renovated the entire second floor of that building for the sole use of the Yeshiva of Cleveland. However, the two yeshivos still share certain common areas, such as the dining room and gym.

The inauguration event was attended by an overflow crowd of over 300 people from across the Cleveland community. The program was introduced by Rabbi Davidowitz, who expressed deep hakaras hatov to the Ribbono shel Olam for the hatzlachah that the yeshivah has seen in such a short time.

He emphasized the importance of publicizing one’s hakaras hatov to Hashem, even when all present are aware of the kindness, as this public expression serves to increase one’s emunah.

He credited the hatzlachah to the mesirus nefesh of the pioneers who built the Torah community in Cleveland. He also thanked many of the Rabbanim, askanim, and donors who made the yeshivah possible, and gave special recognition to Mr. Ivan Soclof for being the driving force behind the renovation.

Rabbi Simcha Dessler recalled the chain of events that led to the establishment of Yeshiva of Cleveland, and asserted, “We could not be happier with the results. We are appreciative of the yeshivah’s remarkable efforts and outstanding achievements, l’hagdil Torah ul’haadirah.”

Rav Harris began by expressing his “tremendous joy and simchah in participating in this kvod haTorah and expansion of Torah,” and praised the thriving, Torahdig, Cleveland community.

The Rosh Yeshivah then emphasized the power of Torah to captivate today’s youth, in a world that has lost any sense of morality. The miracle of the survival of the Jewish People throughout the generations is greater than the nes of Yetzias Mitzrayim, explained the Rosh Yeshivah, and this is due to those who have clung to Torah and mussar.

“You should all go back home tonight, and say, ‘Hashem is so kind, in having given us this incredible gift of Torah, that has the power to inspire our youth.’”

He concluded with a brachah that the yeshivah and community should be able to continue to work together, raise up the shem Hashem, and go together to greet Moshiach.