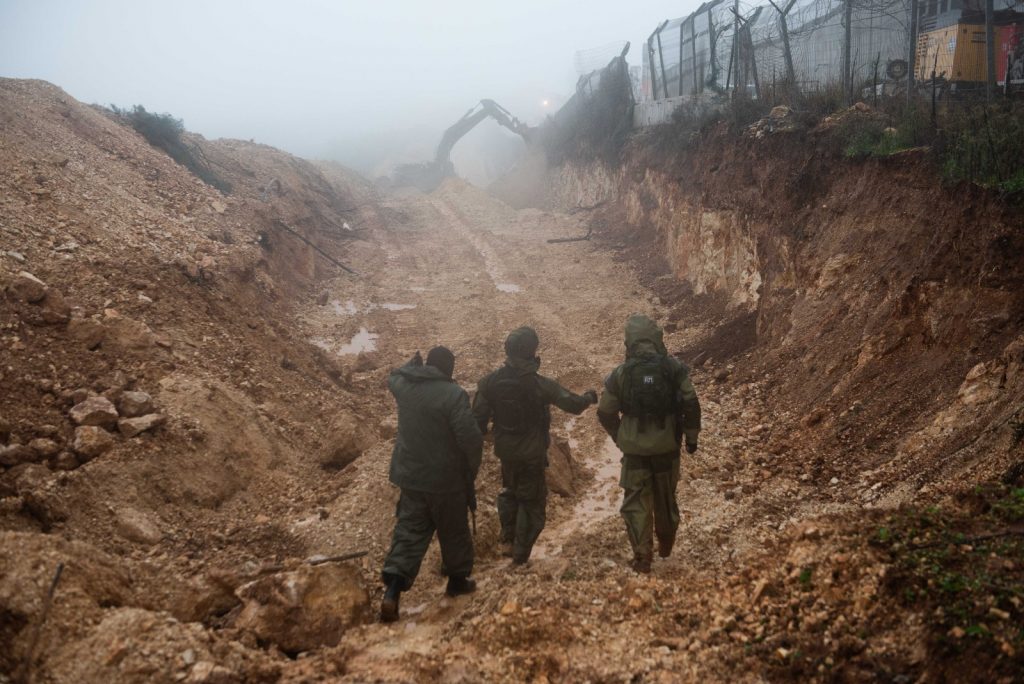 Five days after the beginning of Operation Northern Defense, the IDF’s campaign against the Hezbollah terror tunnels, the IDF announced Motzoei Shabbos that it had found a second tunnel. In a statement, the army said that the tunnel was under the control of the IDF and no longer constituted a threat.

This is the second terror tunnel discovered. Details of the first one were revealed last week, with an exit to the tunnel inside the northern community of Metulla. The IDF did not reveal details of the second tunnel, including where it exited in Israel. At least one more tunnel is known to exist, and the army is searching for it.

In a message to Hezbollah, the IDF said that the tunnel was discovered and that explosives have been planted inside it. “The tunnel is booby-trapped and anyone who enters it from the Lebanon side is endangering his life.” The army said it was studying the tunnel and preparing it for demolition. The army added that “the responsibility for the digging of these tunnels from Lebanese territory is on the government of Lebanon. This is a blatant violation of U.N. resolutions and the sovereignty of Israel.”

Prime Minister Biyamin Netanyahu said that “the IDF and security establishment continue to operate successfully in the north. With great planning and determination we are destroying the tunnel weapons of Hezbollah. This operation is at its opening stage, and we need patience to see it through. We will continue to work until it is completed.”

Hezbollah has yet to comment publicly about the discovery of the tunnels, but the IDF said that an incident on Shabbos showed that the Lebanese terror group was panicking. Israeli soldiers operating near the border fence observed three individuals sneaking towards them, under cover of heavy fog. The three were apparently Hezbollah operatives, the army said. Israeli forces fired at them, causing them to disperse. The soldiers continued on their mission, the army said.

In what could be the first step in a United Nations Security Council condemnation of Hezbollah and Lebanon, the U.N.’S UNIFIL force on Thursday confirmed the Israeli claim of the terror tunnel’s existence. IDF Northern Command head Yoel Strick accompanied the head of UNIFIL forces in South Lebanon on a tour of the tunnel.

The results, the UNIFIL commander said, would be sent to U.N. headquarters, as well as to the Lebanese government in Beirut, for clarification of what the government was planning to do in the wake of the violation of U.N. resolution 1701, which lays out conditions for the ceasefire between Israel and Lebanon, which includes requiring that the Lebanese government prevent Hezbollah from operating in south Lebanon.