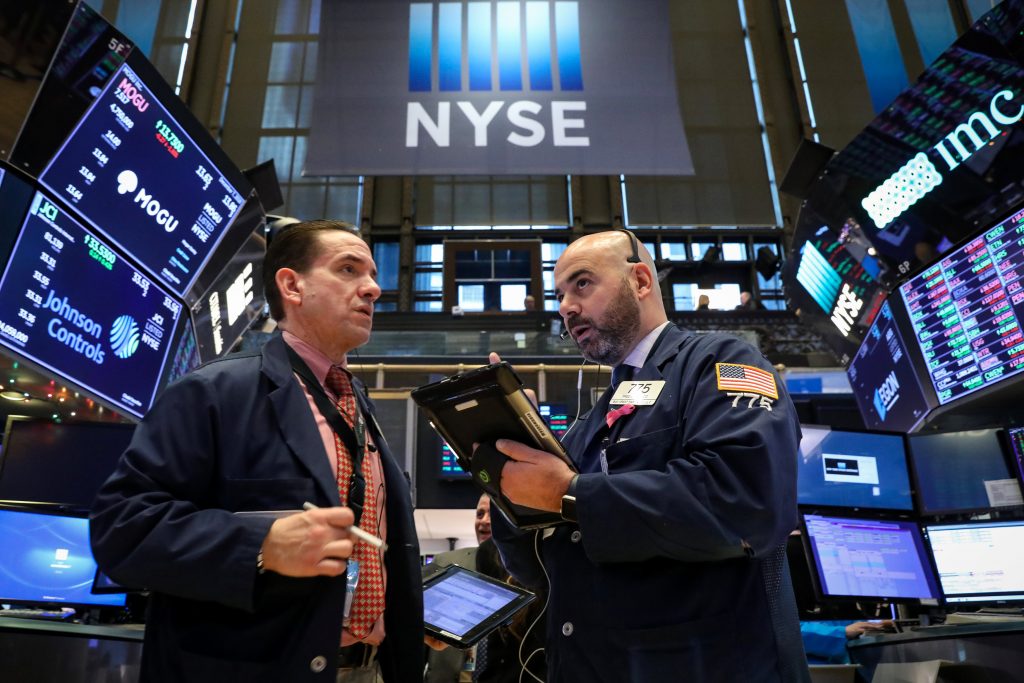 U.S. stocks fell sharply Friday, erasing an early gain, as the market closed in on its third weekly decline in four weeks.

Losses in technology and health-care stocks outweighed gains elsewhere in the market. Energy companies led the gainers as crude-oil prices rose on news that OPEC members agreed to cut production next year.

ENERGY: Oil prices rose after OPEC countries agreed to reduce global oil production by 1.2 million barrels a day for six months, beginning in January. The move would include a reduction of 800,000 barrels per day from OPEC countries and 400,000 barrels per day from Russia and other non-OPEC nations. The news, which had been widely anticipated, pushed crude-oil prices higher.

CALL A DOCTOR: Health-care-sector stocks, the biggest gainer in the S&P 500 this year, took some of the heaviest losses. Cooper lost 7.8 percent to $255.12.

JOBS REPORT: The Labor Department said U.S. employers added 155,000 jobs in November, a slowdown from recent months but enough to suggest that the economy is expanding at a solid pace despite sharp gyrations in the stock market. The unemployment rate remained at 3.7 percent, nearly a five-decade low, for the third straight month. Average hourly pay rose 3.1% from a year ago, matching the previous month’s figure, which was the best since 2009. The jobs figure was less than many economists forecast, but few saw the report as a sign of a broader slowdown.

BOND YIELDS: Bond prices fell. The yield on the 10-year Treasury note rose to 2.89 percent from 2.87 percent on Thursday.