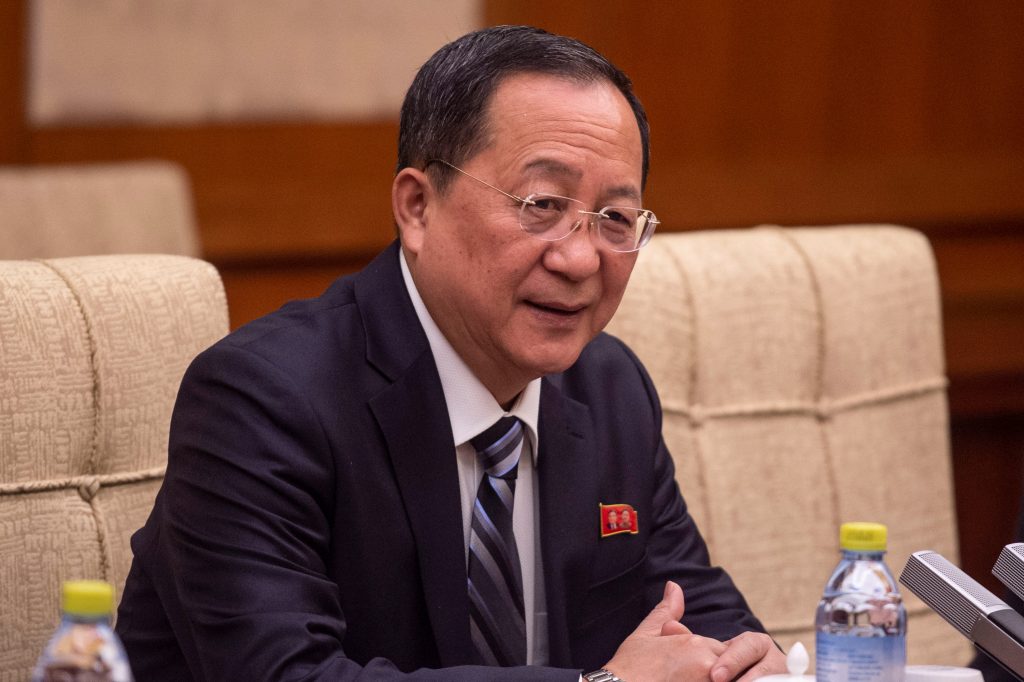 North Korea’s commitment to denuclearization and maintaining peace and stability on the Korean Peninsula are unchanged, its foreign minister, Ri Yong Ho, said on Friday, at a meeting in Beijing with the Chinese government’s top diplomat, Wang Yi.

China is the North’s most important economic and diplomatic backer, despite anger over its neighbor’s nuclear and missile programs. Ties have warmed in the last year as Pyongyang’s relations with both Seoul and Washington have also improved.

Ri added that North Korea hoped to build “required mutual trust” with the United States and “move in the same direction,” the Chinese Foreign Ministry said in a statement on the meeting of the two officials.

At a landmark June summit in Singapore, North Korean leader Kim Jong Un and President Donald Trump pledged to work toward denuclearization, but the pact was sketchy and talks since have made little headway.

Wang said China and North Korea should maintain “high-level exchanges” to ensure the successful outcome of events to mark the 70th anniversary of their diplomatic ties next year.

“China and North Korea must continue to push the peninsula toward the direction of denuclearization,” the ministry cited Wang as saying.

Ri, who is due to leave China on Saturday, visited Syria earlier this week.

Xi intends to visit North Korea in the new year after receiving an invitation from Kim, South Korea said last month, which would make Xi the first Chinese leader to do so since 2005.

Last weekend, Trump said he was likely to meet Kim again in January or February, with three possible sites being considered for their second meeting.

The two countries have held talks over a second meeting after the unprecedented June summit, Reuters reported in October, citing a senior official.