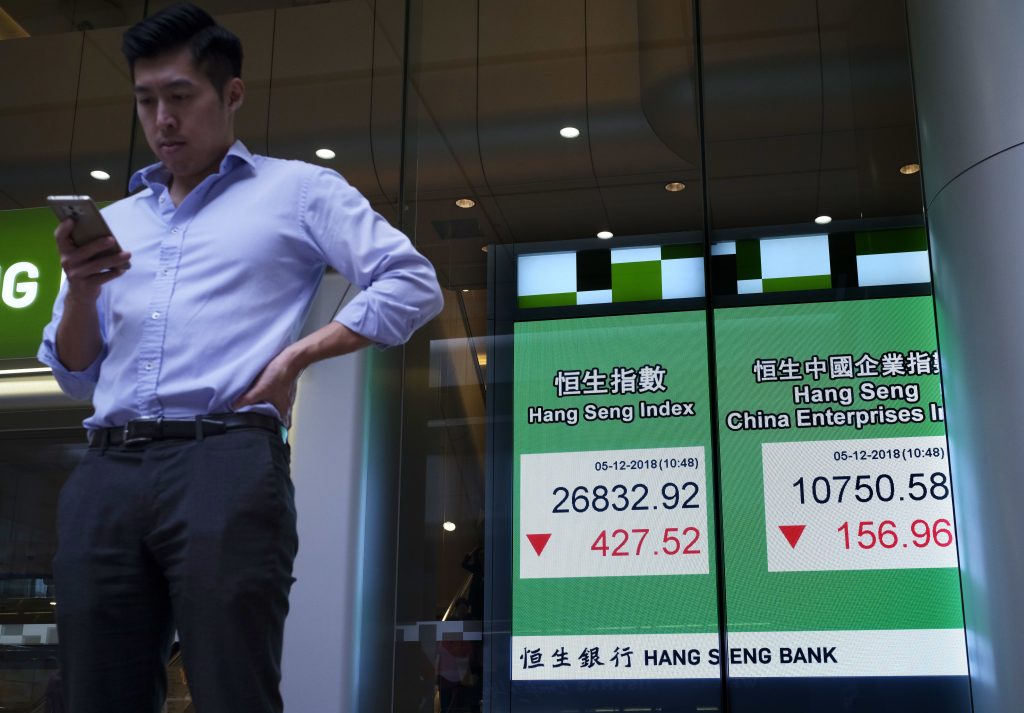 The news of Huawei CFO Meng Wanzhou’s arrest sent shares sharply lower. Shares had rallied Monday following President Donald Trump’s agreement with his Chinese counterpart Xi Jinping over the weekend to hold off on further retaliatory moves in a festering trade war. But they’ve since fallen back amid confusion over what the two sides agreed to and whether the deal will enable Beijing and Washington to resolve longstanding, profound differences over technology policy and other issues. China demanded Meng’s immediate release.

“We are closely watching the developments in Asia after reports that Canada has arrested the Huawei CFO facing U.S. extradition for allegedly violating Iran sanctions. This headline is quite significant as the U.S. government is attempting to persuade allies to stop using Huawei equipment due to security fears, and this headline could weigh negatively on tech stocks,” said Stephen Innes, head of trading at Oanda in Singapore.