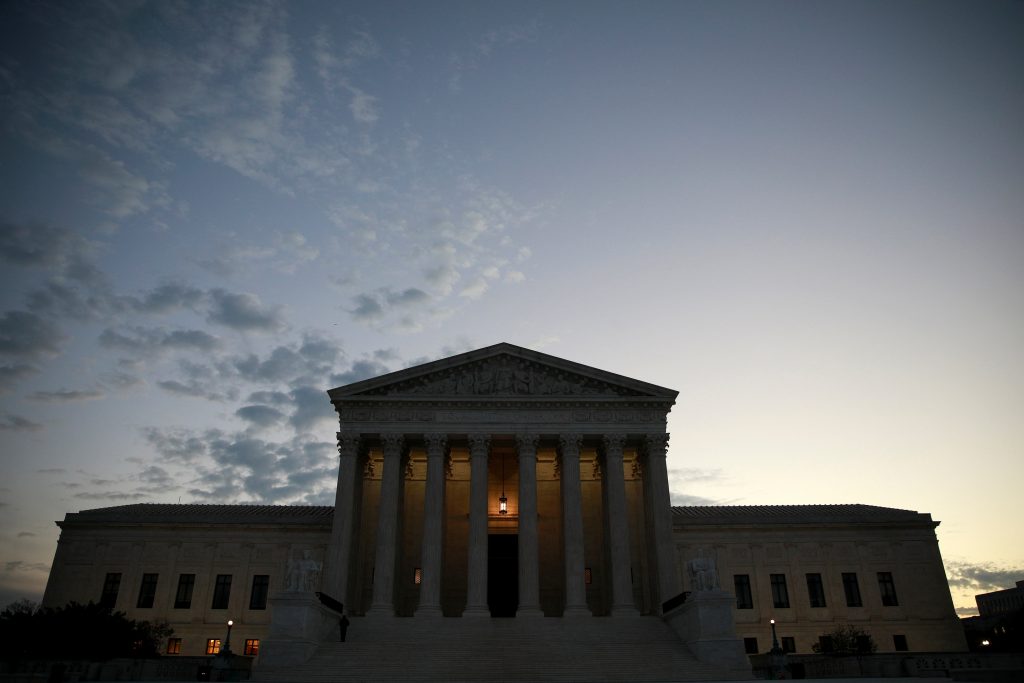 U.S. Supreme Court justices on Thursday expressed skepticism about putting limits on criminal charges being brought against people for the same offenses by both federal and state prosecutors in a case involving an Alabama man charged with illegally possessing a gun.

Depending on how the court rules, the case could have implications for Special Counsel Robert Mueller’s investigation into Russian interference in the 2016 U.S. election and any coordination between Moscow and President Donald Trump’s campaign.

A ruling against the government could limit the ability of states to bring charges against anyone charged by Mueller whom President Trump might pardon. The president has not ruled out pardoning his former campaign chairman Paul Manafort, who was convicted on tax and bank fraud charges.

The court appeared divided on non-ideological lines, but a majority seemed concerned about the practical implications of overturning longstanding precedent allowing for parallel state and federal prosecutions. A ruling is due by the end of June.

Some of the justices, including conservative Trump appointee Neil Gorsuch and liberal Ruth Bader Ginsburg, appeared more worried about vindicating the individual rights of defendants. Gorsuch also noted that in recent years the number of federal crimes has ballooned, meaning it is possible for the Justice Department to launch a second prosecution “if it’s unhappy with even the most routine state prosecution.”

President Trump’s other appointee to the nine-justice court, conservative Brett Kavanaugh, questioned whether there were strong enough arguments to justify ending the practice, saying that the lawyers for defendant Terance Gamble would have to show the precedent is “grievously wrong.”

“Given … the uncertainty over the history, can you clear that bar?” he asked Gamble’s lawyer, Louis Chaiten.

Gamble, 29, was prosecuted in Alabama for possessing an illegal substance and for being a convicted felon in possession of a firearm after the vehicle he was driving in Mobile was stopped by police in 2015.

While those charges were pending, the federal government charged Gamble under a U.S. law that criminalizes the possession of a firearm by a felon.

Gamble challenged the federal prosecution, saying it violated his rights under the Fifth Amendment of the U.S. Constitution to be free of “double jeopardy,” which is the legal principle that people cannot be charged twice for the same offense.

Under longstanding precedent, separate prosecutions under state and federal law have not been viewed as implicating double jeopardy because the United States and individual states are deemed to be separate sovereign governments.

Among the concerns raised by Justice Department lawyer Eric Feigin during the argument is that a ruling against dual state and federal prosecutions would also apply to people who have previously been prosecuted overseas. As examples of people who could potentially avoid prosecution in U.S. courts were the court to rule for Gamble, he cited rebels in Colombia who kidnapped three Americans in 2003 and held them captive for five years.

Feigin said a ruling against the government could also hamper federal civil rights prosecutions. He noted that the federal government has brought civil rights-related charges against Robert Bowers, the man charged with killing 11 people in a Pittsburgh congregation in October. Bowers has also been charged by local prosecutors.