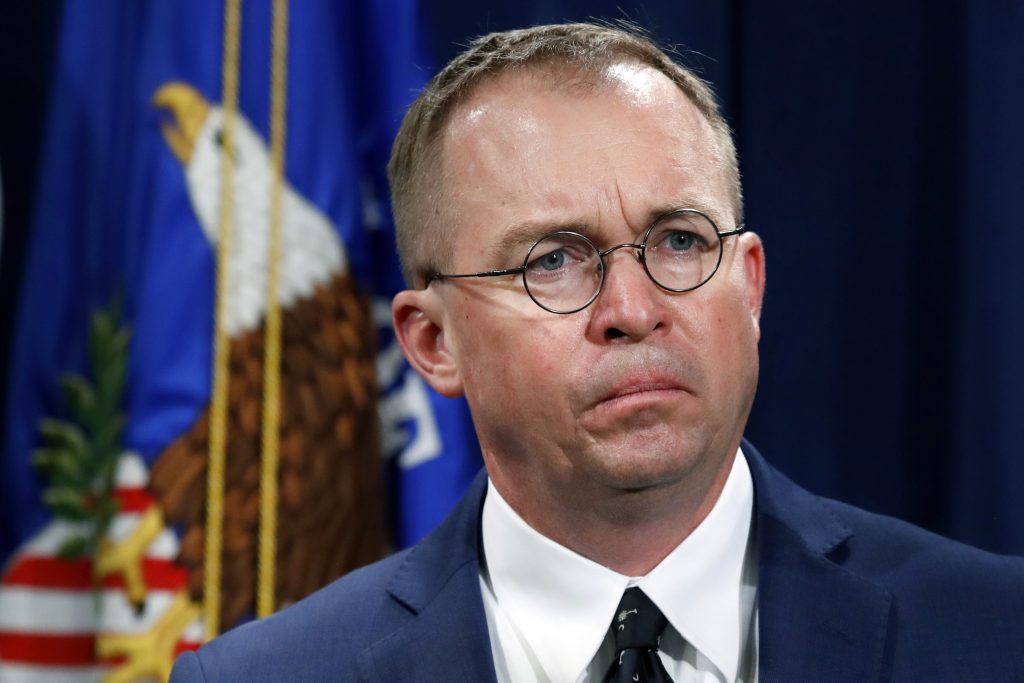 In a party-line vote, the Senate approved President Donald Trump’s nominee to run the Consumer Financial Protection Bureau on Thursday, ending a six-month, highly partisan battle over the fate of the powerful consumer watchdog agency.

The vote was 50-49 in favor of approving Kathy Kraninger, who worked as a mid-level official in the White House’s budget office, to a five-year term. Kraninger has no experience in financial services and had never run a federal agency before, a criticism that made Democrats hostile to her nomination since day one.

The CFPB was created as part of the Dodd-Frank Act, the law that rewrote the financial rules and regulations governing banks following the 2008 financial crisis. The CFPB was designed to be a highly independent agency tasked with going after wrongdoing by banks, credit card companies and other financial services companies. The Bureau has returned billions of dollars to consumers through its work.

But since its creation, the CFPB has been a target of Congressional Republicans who see the Bureau as an example of government gone amok and have vowed repeatedly to abolish the agency. One of those Congressmen was Mick Mulvaney, who when he was a representative from South Carolina described the Bureau as a “sick, sad” joke. Mulvaney is now the acting director of the Bureau.

Kraninger now inherits a Bureau that is very different from the one that was run by Richard Cordray, who was director of the Bureau under President Barack Obama. Cordray resigned in late 2017, seven months earlier than expected, to make an unsuccessful run for governor of Ohio.

In the year he has had the position, Mulvaney proposed cutting back many of the rules and regulations that were put into place under Cordray, and the Bureau has scaled back its enforcement efforts. Mulvaney’s changes at the Bureau have led to the departure of many high-level staff members in recent months, including the deputy director Leandra English and Seth Frotman, who was the Bureau’s top official overseeing student loan issues. Mulvaney hired several Republican political operatives to oversee nearly all parts of the Bureau’s operations.

Congressional Republicans, still not thrilled about the existence of the CFPB, have dialed back their rhetoric against the Bureau. Banking groups applauded the confirmation of Kraninger, who worked under Mulvaney in the White House’s budget office. She is expected to run the Bureau in a similar industry-friendly way as Mulvaney.

The director of the CFPB gets a five-year term and cannot be removed from the job except by the president under extraordinary circumstances. Kraninger will make her mark on consumers and banks through late 2023 if she serves her full term.

“This last year has been an important step in the history of the Bureau as we take our place among the most notable regulatory bodies of our country — and frankly the world,” Mulvaney said in a statement. “Like all transitions, it was not always as smooth as we would’ve all liked, but the Bureau has emerged stronger for it.”

Democrats and their allies in consumer groups opposed Kraninger’s nomination from the beginning. Democrats, who will take control of the House of Representatives next month, have vowed to increase oversight of the Bureau.

Rep. Maxine Waters, D-California, who is expected to become chairwoman of the House Financial Services Committee, called on Kraninger to roll back Mulvaney’s actions and allow the CFPB “to resume its work of protecting hardworking Americans from unfair, deceptive or abusive practices.”