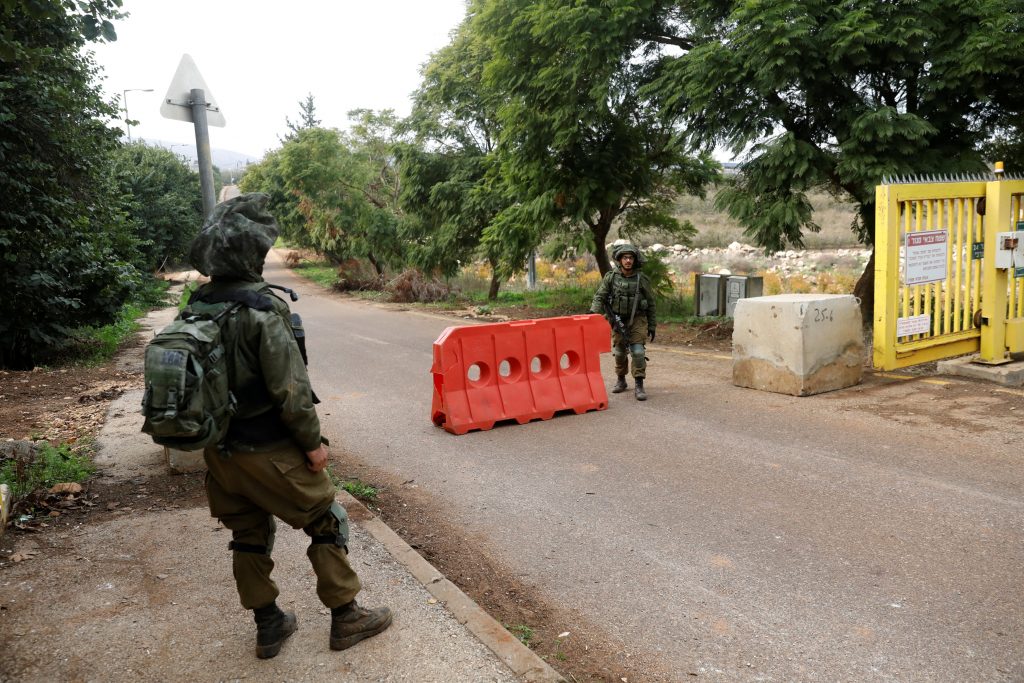 ‘The tunnel was very wide, which indicates that Hezbollah was going to send large numbers of terrorists, division-sized, to invade the northern Galilee and go on a rampage of murder and mayhem. That option is now closed to them,” the source said. “In addition, Hezbollah head Hassan Nasrallah was hoping to have hundreds of advanced missiles to fire at Israel, but he has been able to acquire just a few dozen – and Israel has a response to those as well.”

The source spoke a short time after Prime Minister Binyamin Netanyahu met with foreign diplomats Thursday to brief them on the IDF’s operation to demolish the terror tunnels found under the border. “We are denying our enemies the tunnels weapon in a systematic, determined manner and we will do whatever it takes,” Netanyahu told the 25 foreign ambassadors at a gathering in northern Israel, where he presented them with details about the Hezbollah terror tunnels and Israel’s operation to destroy them.

“This operation is just beginning, but when it ends, the tunnel weapon Hezbollah invested in will no longer be effective,” Netanyahu said. “Anyone who attacks us, his blood will be on his own head. Hezbollah and Hamas know this. What we’re facing is one big enemy. That enemy is called Iran,” he added.

Speaking to Israeli reporters after the meeting, Netanyahu said that Israel was examining its options, and if necessary would act against Hezbollah in other ways. A senior security official quoted by Haaretz said that it’s clear that Hezbollah had extensive Iranian help in building the tunnels. Israel was planning to clamp down further on the terror group. “If there is a weapons transfer route from Iran to Lebanon, Lebanon will be in deep trouble. There is a likelihood that we’ll have to act in Lebanon,” the official said.

Speaking Wednesday, Lebanese Prime Minister Sa’ad al-Hariri said that he did not expect the Israeli operation on the northern border would result in increased tension. “There is no need for a confrontation,” he told Lebanese reporters. “Lebanon is completely committed to U.N. resolution 1701,” which governs the truce between Israel and Lebanon, “and to cooperation with international forces. The Lebanese army is the authorized group defending the borders of the country, and the government is committed to defending Lebanon’s sovereignty and borders.”