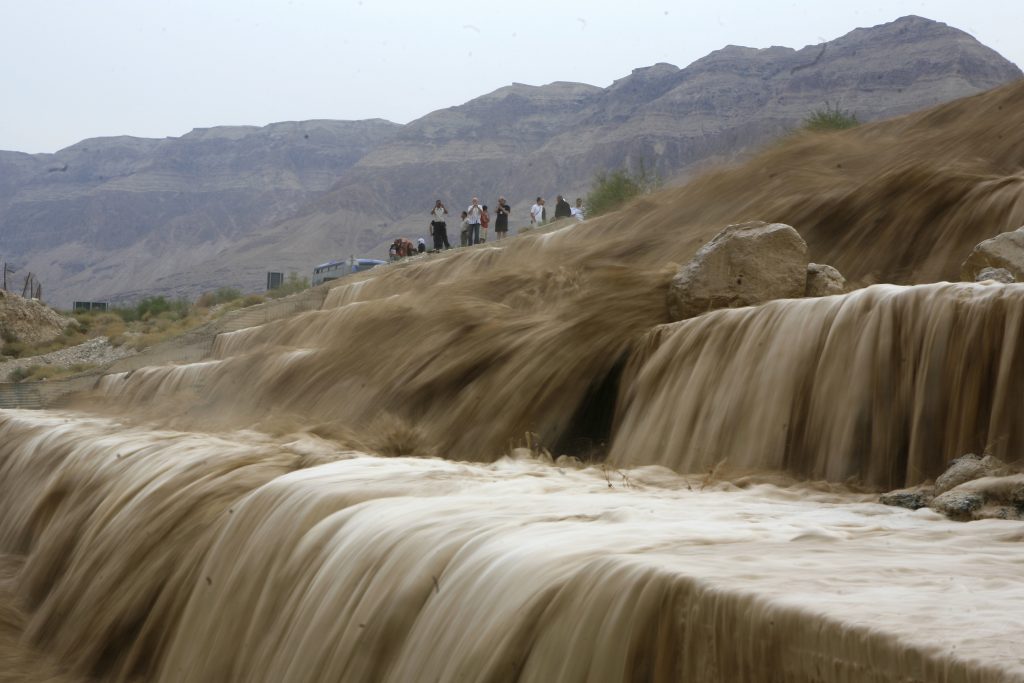 Fifty children were evacuated from their kindergarten Thursday, after heavy storms and rains caused the building to flood, as Israel experienced its first major winter storm of the season. Heavy rains were falling throughout the day in most parts of the center and north of the country, and more was expected Friday and Shabbos.

The heavy rains and strong winds – with gusts up to 30 mph (50 kmh) – caused damage in many towns, with cars stuck in pools of water a meter deep, traffic lights out of commission, and blackouts and brownouts in many towns. Flooding has been a problem on several roads, with roads in the north and south opening and closing depending on the level of water and intensity of rain.

Police have asked drivers to take extra caution, and have asked hikers to stay away from streams in the north and south, where flash flooding could propel a wall of water at them, endangering their lives.

In a statement, police said that “the public needs to take extra care and avoid entering dangerous situations. Many people try to challenge themselves in the face of weather events that do not take pity on anyone,” police said, referring to individuals who “chase” flash floods in the Negev, seeking to take photos and video of the dramatic natural events.