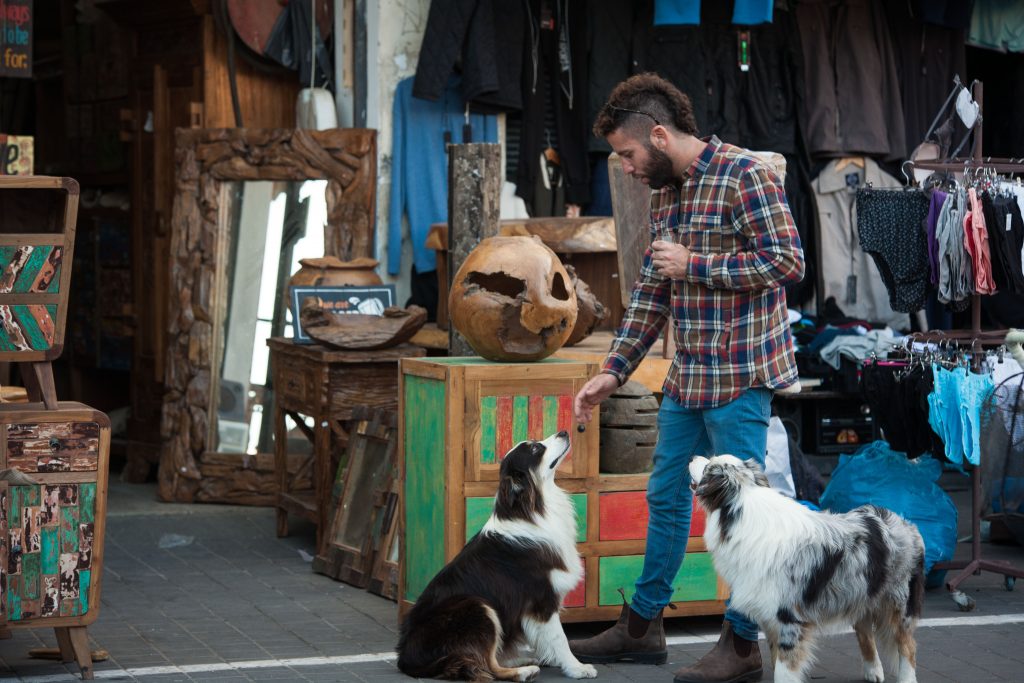 An Akko family was celebrating its own nes Chanukah after discovering a family heirloom in a shop in the Jaffa flea market – a chanukiyah that had been stolen from the family home over four years ago. Speaking to Walla News, Itamar Sharoni said that the family was thankful to be reunited with the 150-year-old chanukiyah.

Before Chanukah, Sharoni took his family to Jaffa for an outing, which included a stroll in the flea market – a maze of stalls and stores where antiques, both valuable and “junk,” are available for sale. Sharoni said that close to the edge of the market, they found a Judaica store with some interesting items. Inside the store, they decided to look for a chanukiyah to use on Chanukah.

Among the items in the store, Sharoni found one that looked very familiar – similar to a chanukiyah that had been stolen from his parents’ house. His parents had suspected that the item had been stolen by an Arab worker who was doing repairs in the house, but they had no evidence. When Sharoni asked the proprietor about the chanukiyah, the seller said that “each chanukiyh has its own story.” Sharoni then snapped a photo of the chanukiyah and sent it to his parents – who confirmed that it belonged to them.

After a bit of discussion with the store owner, Sharoni acquired the chanukiyah and delivered it to his parents – who were quite emotional at being reunited with their family heirloom. “We all remembered this chanukiyah from our youth, it has been in our family for three generations,” Sharoni said. “We are thankful for this, our personal miracle, that will again enable the family, children and grandchildren to gather together around this special chanukiyah.”