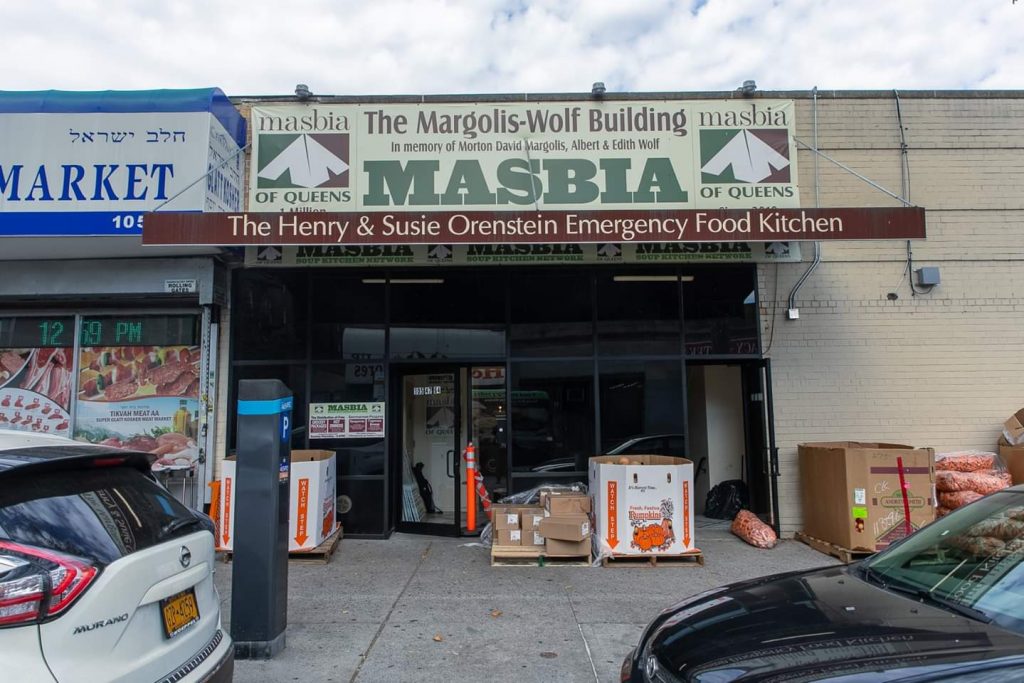 Police have arrested two teens for participating in a gang assault on a Jewish boy in Queens last week, but have not charged them with hate crimes.

The assault occurred last Thursday, shortly before 5:00 p.m. The victim, a 16-year-old yeshiva student from the Bukharian Jewish community in Forest Hills, wearing a yarmulke and tzitzis, was standing outside a restaurant near Yellowstone Blvd and 64th Rd., where he was celebrating having passed his road test earlier that day.

Suddenly, a gang of about two dozen teens approached; one of the gang was wearing a ski mask. The boy began running, and the gang chased after him, viciously beating him. The assault occurred just outside the Masbia soup kitchen/food pantry. When Masbia volunteers heard the commotion, they ran outside; one volunteer, Waleska Mendez, grabbed a broom and chased the gang away.

A large group of students from the nearby public school had been following the gang, watching the assault and recording it on their cellphones. Mendez berated them for not helping the victim or at least calling the police.

The victim suffered a laceration to his lip, and contusions and bruising to his face and body, according to the NYPD. He remains in the hospital.

On Thursday, Dec. 6, police announced the arrests of Jonathan Torres, 18, and Victor Hidalgo, 17. Each has been charged with two counts of assault. No hate-crimes charges were filed.

The NYPD’s 112th precinct is hosting a meeting Thursday night with residents. This follows a meeting the Bukharian Jewish community with elected officials and police earlier this week, in which community members expressed their frustration at what they say is a lack of police attention to their concerns. People present at that meeting alleged that the gang members had used racial slurs during the attack.