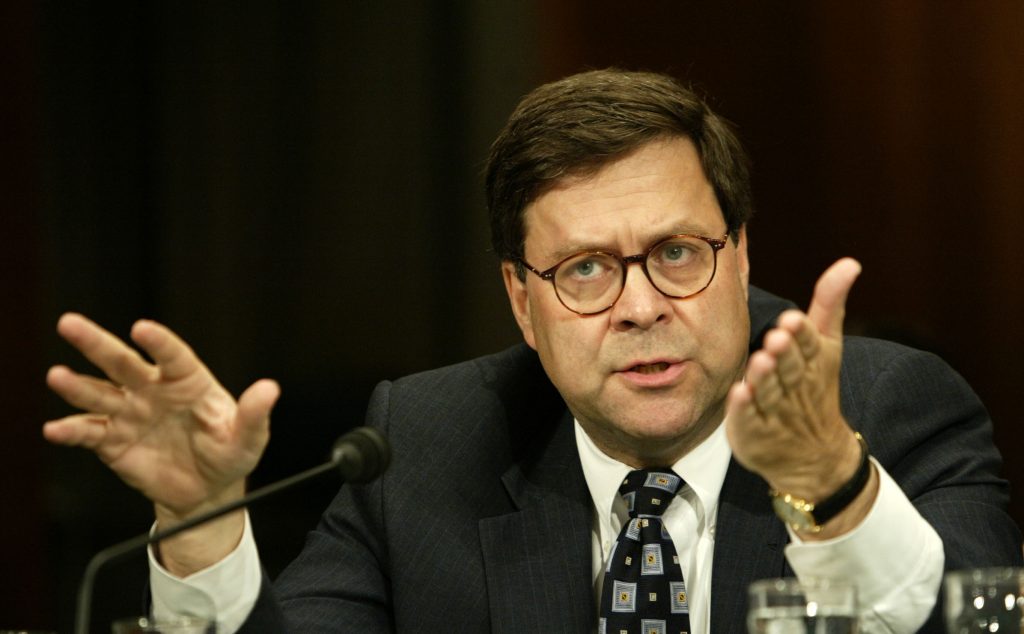 William Barr, who served as attorney general under President George H.W. Bush, has emerged as a top contender for that job in President Donald Trump’s Cabinet, two people familiar with the president’s selection process said Thursday.

The appointment of a new attorney general would come at a precarious time as special counsel Robert Mueller’s Russia investigation, which the department oversees, is showing signs of entering its final stages.

President Trump is “very seriously considering” Barr, said one of the sources, who spoke on condition of anonymity because no decision has been announced, adding that Barr is “someone very much on the president’s mind.” The other person characterized Barr as “the leading contender.”

President Trump has been known to change his mind on key personnel decisions before announcing them.

Barr was attorney general between 1991 and 1993, serving in the Justice Department at the same time as Mueller did. Barr later worked as a corporate general counsel and is currently at a prominent international law firm.

If confirmed by the Senate, Barr would succeed Attorney General Jeff Sessions, who resigned in November and who infuriated the president by stepping aside from the Russia investigation. Sessions’ decision helped set in motion Mueller’s appointment. President Trump has elevated Sessions’ chief of staff, Matthew Whitaker, to acting attorney general.

“What I have said, without mentioning Mr. Barr — I’ve said, the best thing the administration can do is to get somebody who had majority support from Republicans and Democrats alike for attorney general. Those are the best attorneys general,” said Democratic Sen. Patrick Leahy of Vermont, a member of the Senate Judiciary Committee, which would hold hearings on a nominee.

Barr, he said, could fit that bill.

Still, while in private practice Barr has occasionally weighed in on hot-button investigative matters in ways that could prompt concerns among Democrats.

He told the New York Times in November 2017, in a story about Sessions directing his prosecutors to look into actions related to Trump rival Hillary Clinton, that “there is nothing inherently wrong about a president calling for an investigation” — though Barr also said one should not be opened just because a president wants it.

He said there was more basis to investigate a uranium deal approved while Clinton was secretary of state in the Obama administration than potential collusion between Russia and the Trump campaign.

“To the extent it is not pursuing these matters, the department is abdicating its responsibility,” Barr told the newspaper.

He also wrote an op-ed for The Washington Post in May 2017 defending President Trump’s decision to fire former FBI Director James Comey, one of the actions Mueller has been examining for possible obstruction of justice.

Barr has been on a White House short list of contenders for several weeks, said a person with knowledge of internal discussions who was not authorized to speak publicly. But some inside the White House were concerned that Barr was too aligned with establishment GOP forces.